Fulton County DA Fani Willis said there is an ongoing investigation into allegations that former President Donald Trump attempted to interfere with vote counting during the 2020 Election in Georgia. The allegations stem from a phone call he made to Secretary of State Brad Raffensperger. Trump has not been charged with a crime in Georgia.

FULTON COUNTY, Ga. - The Fulton County prosecutor weighing whether Donald Trump and others committed crimes by trying to pressure Georgia officials to overturn Joe Biden’s presidential election victory said a decision on whether to bring charges could come as early as the first half of this year.

Fulton County District Attorney Fani Willis said in an interview with The Associated Press that her team is making solid progress, and she’s leaning toward asking for a special grand jury with subpoena power to aid the investigation.

RAFFENSPERGER: TRUMP CALL TO ‘FIND’ VOTES IN GEORGIA WAS A THREAT

"I believe in 2022 a decision will be made in that case," Willis said. "I certainly think that in the first half of the year that decisions will be made."

But Willis told the AP that she hasn’t imposed deadlines on her staff and has urged them to be thorough in their examination.

She’s assembled a team of fewer than 10 people — lawyers, investigators and a legal assistant — who are focused primarily on this case and can consult outside lawyers with particular expertise in certain areas of law, she said.

"We’re going to just get the facts, get the law, be very methodical, very patient and, in some extent, unemotional about this quest for justice," she said.

Willis declined to speak about the specifics, but she confirmed that the investigation’s scope includes — but is not limited to — a Jan. 2, 2021, phone call between Trump and Georgia Secretary of State Brad Raffensperger, a November 2020 phone call between U.S. Sen. Lindsey Graham and Raffensperger, the abrupt resignation of the U.S. attorney in Atlanta on Jan. 4, 2021, and comments made during December 2020 Georgia legislative committee hearings on the election.

Willis is not alone in investigating attempts by Trump and his allies to overturn his 2020 election defeat. The U.S. Senate Judiciary Committee released a report in October based on a review of documents and interviews with former officials. And a U.S. House committee is preparing to release the findings of its investigation of the deadly riot at the Capitol on Jan. 6, 2021, which included conversations with election officials who were pressured by the former president. Attorney General Merrick Garland has said the Justice Department "will follow the facts wherever they lead."

Willis’ inquiry also is not the only state criminal investigation involving Trump. New York prosecutors have subpoenaed Trump and his two eldest children in their investigation of his business dealings. 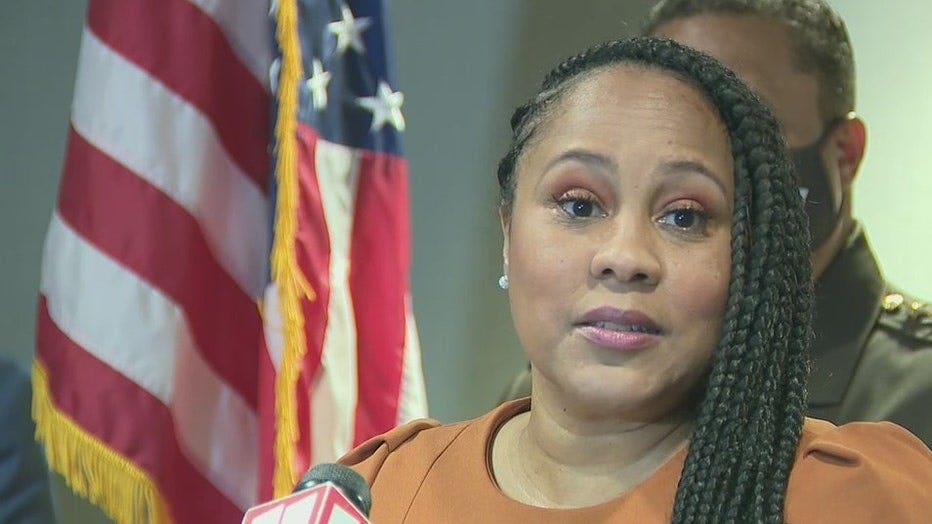 A Trump spokesman dismissed the Fulton investigation as a politically motivated "witch hunt" when it became public last February, after Willis instructed Georgia’s top elected officials to preserve any records related to the general election, particularly any evidence of attempts to influence election officials. The probe includes "potential violations of Georgia law prohibiting the solicitation of election fraud, the making of false statements to state and local government bodies, conspiracy, racketeering, violation of oath of office and any involvement in violence or threats related to the election’s administration," the letters said.

Willis said she has not yet decided whether to ask the chief judge of the Fulton County Superior Court to impanel a special grand jury. While she could decide whether she has enough for an indictment based on evidence and witnesses who speak with her team willingly, she said, a special grand jury can be helpful to compel people who refuse to testify without a subpoena.

"I like investigations to be complete and so we probably would move in the direction of a special grand jury," she said.

As she has before, Willis said she won’t be rushed or influenced by the intense public interest in this case.

"I just think the public should be patient – you know, go on, lead your lives – trust that they’ve elected a district attorney that knows that this is a serious issue, takes it seriously and we’re doing our job here," she said.

Since his loss, Trump has made repeated unproven claims that widespread fraud cost him the election. Some of his supporters have targeted election officials and workers, in Georgia and across the country, making violent threats against them. Willis, a Democrat, said people unhappy that she’s considering possible criminal charges against the Republican former president have made threats and "expressed their frustration in a way that is so irrational that I believe that they would do me harm."

Previously a prosecutor for 17 years in the office she now leads, Willis said threats are not new for her.

"They are truly wasting their time. It is not going to deter me from doing my job, period," she said. "I’m not going to do any less or more because, you know, you try to offend me because I’m Black or female or of a political party. We were elected to do a job and that’s what I’m going to sit here and do."