The Biden campaign announced that the former Vice President is scheduled to appear in Warm Springs, Georgia on Tuesday. 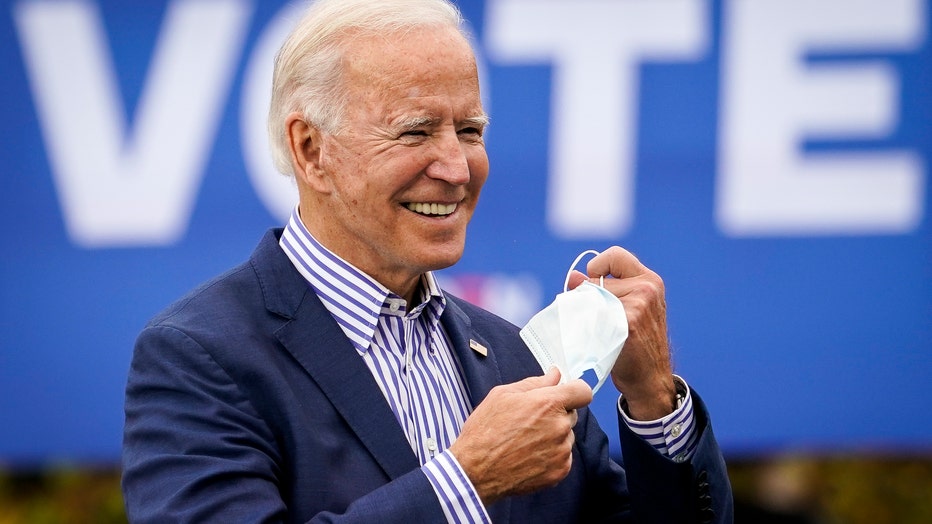 Biden will then visit Atlanta and speak at a drive-in rally to urge Georgia voters to head to the polls.

Details surrounding Biden's events in Georgia were not immediately made available.

The Biden campaign announced earlier on Saturday that the former vice president's wife, Dr. Jill Biden, was set to travel to Macon and Savannah on Monday.

Jill Biden had previously visited Georgia on the first day of early voting, urging a socially-distanced crowd in downtown Decatur to make a plan to vote early.

Sen. Harris' campaign stop in Atlanta focused on rallying early voters -- something Georgia has seen in record-breaking numbers this election with a 121% increase compared to 2016. The vice presidential nominee held a drive-in event at Morehouse College.

Harris' husband was also recently on the ground in Georgia. He is among the Democrats who accused Republican Sen. David Perdue of mocking the name of the first black woman on a presidential ticket.

Donald Trump Jr. also headlined an event in Georgia on Friday, touting his father's performance during Thursday night's presidential debate and arguing that Biden's choice of Harris as a running mate proved he was not a moderate.

Donald Trump, Jr. campaigns for his father in Georgia

Georgia has increasingly become a battleground state as polls show just over a one-point spread between Trump and Biden, with Biden holding a slight advantage.

A Republican presidential candidate has not lost Georgia since George H.W. Bush was defeated by Bill Clinton in 1992.