MACON, Ga. - Dr. Jill Biden is heading back to Georgia next week as part of a renewed push to turn the state blue in the 2020 Election.

The Biden campaign announced that the former vice president's wife will travel to Macon and Savannah on Monday. As of Saturday afternoon, the campaign did not release details about the visit.

Jill Biden had previously visited Georgia on the first day of early voting, urging a socially-distanced crowd in downtown Decatur to make a plan to vote early.

Both campaigns have sent growing list of big names to zero in on Georgia, which is proving to be a battleground state. Polls show just over a one-point spread between Trump and Biden; Biden has a slight advantage.

On Friday, vice presidential candidate Kamala Harris made a campaign stop in Atlanta for the first time since being added to the Democratic ticket.

Harris' husband was on the ground here last weekend and is among the Democrats who accused Republican Sen. David Perdue of mocking the name of the first black woman on a presidential ticket. 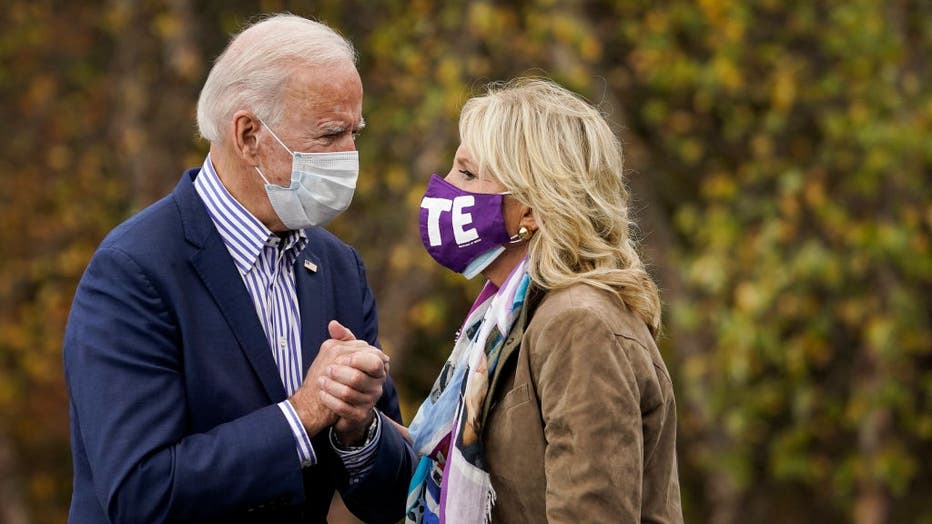 "Georgia's extremely important," said C.J. Copeland, senior advisor of the coordinated Biden for President campaign.  "They've invested heavily in Georgia. They see an opportunity to expand the voter base and you know, pull voters out."

Donald Trump Jr. also headlined an event in Sandy Springs on Friday afternoon, touting his father's performance during Thursday night's presidential debate and arguing that the former vice president's choice of Harris as a running mate proved he was not a moderate.

Georgia has not elected a Democratic presidential candidate since Bill Clinton more than two decades ago.