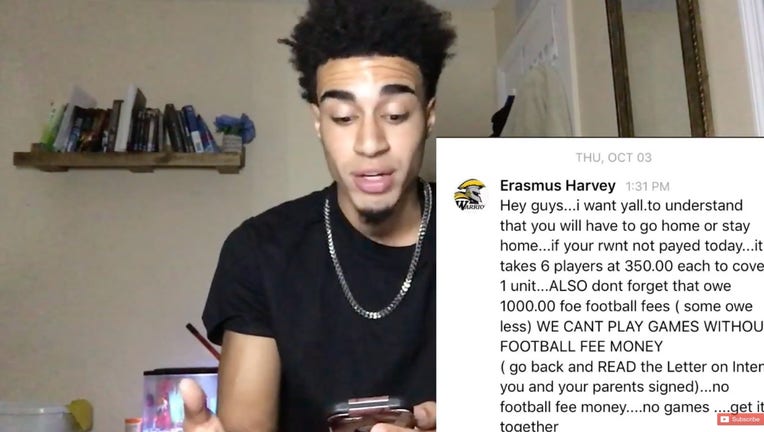 ATLANTA - Two years ago, Deishan Lane of Fort Myers, Florida tried to warn others about a troubled college prep football program in Atlanta by using a typical Gen Z strategy:

"I’m thinking I feel like I’m giving this man way too much money," Lane told his followers. "Why is he asking for this much money?"

The man he was talking about is Erasmus Harvey, a former Valdosta State linebacker who spent the last decade operating a series of junior college programs in Atlanta. He targeted high school players who needed to improve their grades or get more game film so they could eventually land an offer from a Division 1 football program. 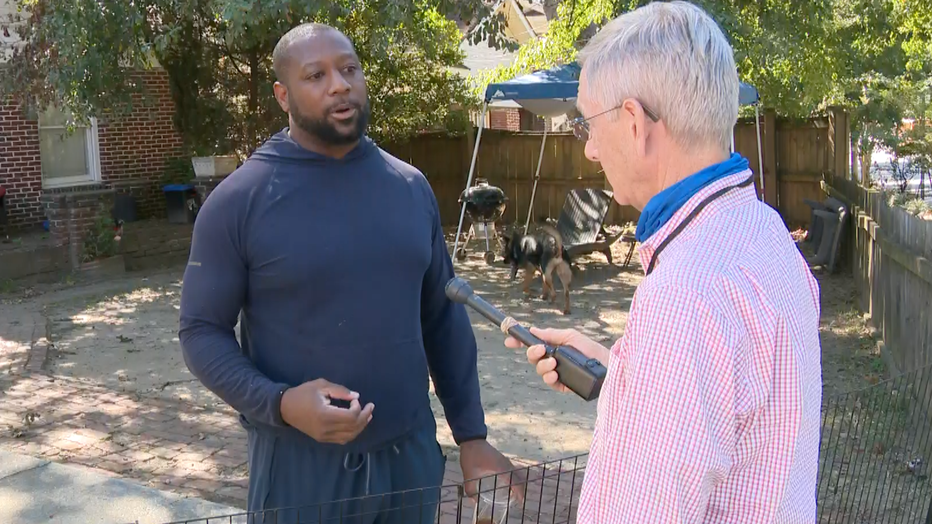 GET EMAIL ALERTS FROM THE FOX 5 I-TEAM

"I give them an opportunity to play ball," Harvey told the FOX 5 I-Team. "Because they’ve either screwed up something or they wasn’t ready yet."

A good receiver in high school, Lane had let his grades slip and couldn’t pass the ACT. So in Summer 2019, he made a $1500 downpayment to become an Atlanta Warrior and go to school online from a separate college Harvey had arranged.

But the actual experience was not in Harvey’s brochure.

"This was more like a Hunger Games," Lane told the FOX 5 I-Team.

The FOX 5 I-Team talks to some of the players who tried to spread the word about Atlanta JUCO football owner in the second part of their series.

HE PROMISED THEM A 2ND CHANCE AT COLLEGE FOOTBALL. THEN HE SPENT THEIR TUITION MONEY ON HIMSELF

Even though the players were promised meals twice a day, Lane said they were lucky to get fed twice a week. He said they scrounged for food and paid out of their own pockets while living in a collection of apartments they had arranged through the school.

Their practice field was an unmarked patch of grass behind a storage facility, the field filled with dirt clods and divots.

Yet the kids stuck it out, Lane said, because they loved football.

"I never seen kids come from nothing and want to just play the sport so bad," he remembered. 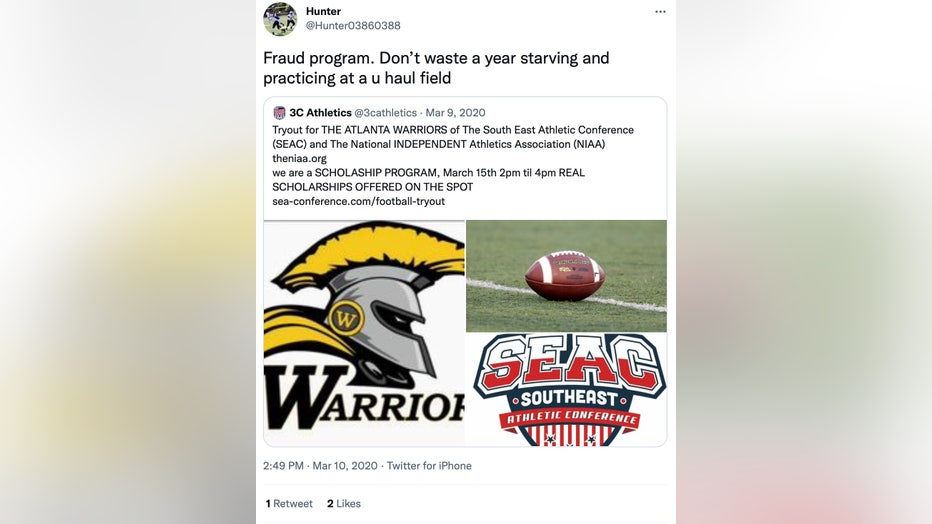 Other players took to Twitter hoping to warn others not make the same mistake.

They had signed up with a man who routinely changed the name of his school and his teams.

In 2011, he lost a lawsuit filed by the parent of a player who claimed Harvey "knew that (he) could not provide the services" he had promised and was "obtaining funds for (his) own personal use and benefit."

A judge issued a default judgment and ordered Harvey to pay $5271 in damages and legal fees.

Deishan Lane said the Warriors faced some of the same issues when he was there.

"We didn’t even have no trainers to the games," he complained. "So it was like you want all this money for us to pay and we’re supposed to be getting all this treatment and it was like when you’re hurt, you’re by yourself."

Lane said the Warriors only played three games that season. 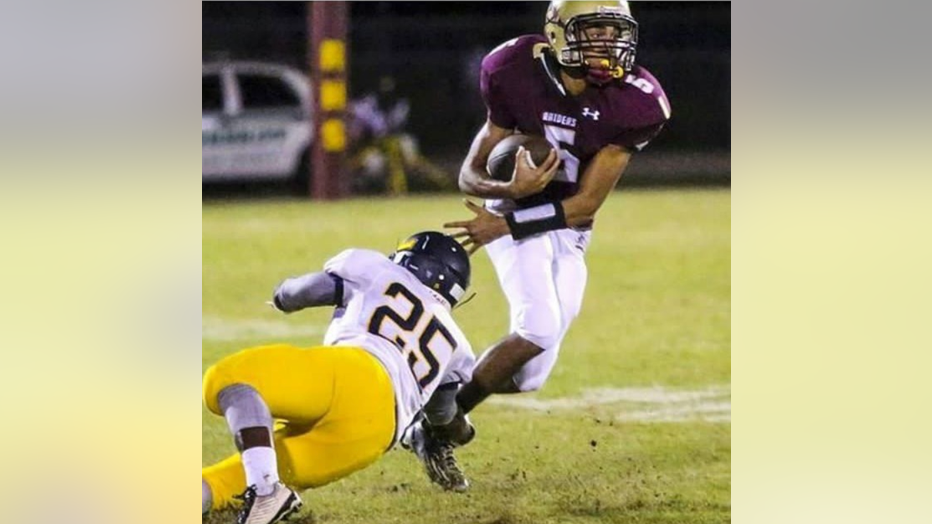 Deishan Lane played receiver in high school. His ACT scores weren't good enough to qualify for a preferred Division 1 program, so he signed with the Atlanta Warriors to improve his prospects.

In 2020, with the team now called the Atlanta Lancers and the school the Atlanta Institute of Business, Travonte Jackson said they had to share helmets because Harvey didn’t order enough.

"We sweat in those so we got to mix our sweat with other teammates’ sweat and that’s just not healthy," Jackson said.

"We had no equipment," he said. "No jerseys. We had nothing."

When Jenks caught COVID in August — just one week into camp — Harvey canceled the entire season and sent all the players home. No refunds.

"They used it for rent and food," Harvey told us. "I have all my receipts."

Despite repeated promises, Harvey never sent us those receipts. However, his former head coach provided us something else: bank statements showing where his boss spent much of that student money.

He spent it on himself.

"I can spend what I want to spend out of my money," Harvey explained. "It’s my money."

Actually, it’s the school’s money. Paid by the students for promises they never got. 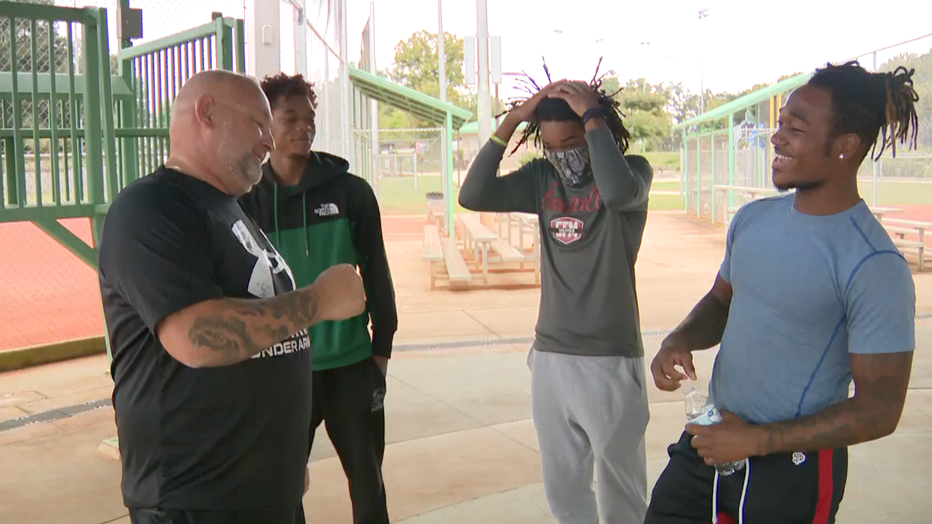 Head coach Derek Jenks said he managed to find other schools for most of the 35 players who lost their season when owner Erasmus Harvey suddenly sent everyone home.

"It was time to let everyone know what he did," said former coach Jenks who provided those bank statements to the FOX 5 I-Team.

Jenks said he managed to find other schools for almost all of his 35 players who lost their money and their season with the Atlanta Lancers.

"It breaks my heart for these kids," said Deishan Lane. "For real."

That former player who tried to warn future students through YouTube never played football again. Lane now works as a security guard in his hometown, still hoping to eventually finish his education.

He did learn something from his experience as an Atlanta Warrior.

"Don’t be so naive to what people be saying," he told us.

And try as much as you can to spread the word.