ATLANTA - John Chelcy, 17, had never spent a single night in a hospital, until the day after Christmas.

That is when the Troup County High School senior was hit by the kind of pain and fatigue he's never felt in his life.

"I couldn't move by myself; I needed help," Chelcy says.  "I couldn't walk.  I couldn't put on my clothes."

LaToya Chelcy says her son, always healthy, seemed to be getting sicker by the hour.

They rushed to an urgent care near their LaGrange, Georgia, home.

Then, they rushed to the emergency room. 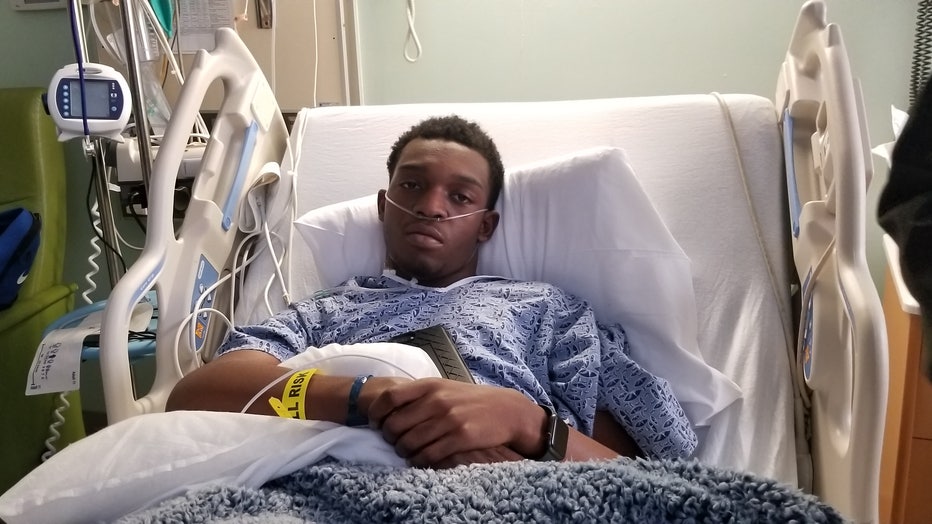 "If you barely touched him, he screamed," LaToya Chelcy remembers.

In the ER, a nurse asked John Chelcy to give them a urine sample.

Instead of light and clear, his urine looked like black coffee, LaToya Chelcy says.

"That's when they told us his kidneys was shut down," she says.

Chelcy ended up in an ICU at Children's Healthcare of Atlanta at Egleston in kidney failure.

His mom says his kidney function dropped to 20%.

"He was in a coma for two days," she says.  "That was the scariest time of my life."

Flu has been hitting hard at Children's Healthcare of Atlanta 3 emergency departments since mid-November.

had a record number of patients coming through in December, most with flu and other respiratory viruses.

Most kids, Dr. Jernigan says, will get through the flu without complications.

Dr. Jernigan says it's not too late to get a flu shot, and she's urging parents to make sure children are vaccinated.

"Even though the flu vaccination may not always keep someone from getting the flu, there is no question it absolutely diminishes the severity of the illness," Jernigan says.  "That's very important for our pediatric patients.

John Chelcy has been in a hospital bed for 15 days and counting, receiving dialysis through a central line in his neck.

LaToya Chelsy says none of her children have ever gotten vaccinated against the flu.

It's a decision, she says, she now regrets.

"Just to know that I could have lost my child, my firstborn, just because of the flu," she says.  "It's scary. It is real scary."

The Chelcys are hopeful John's kidneys will recover, but only time will tell. 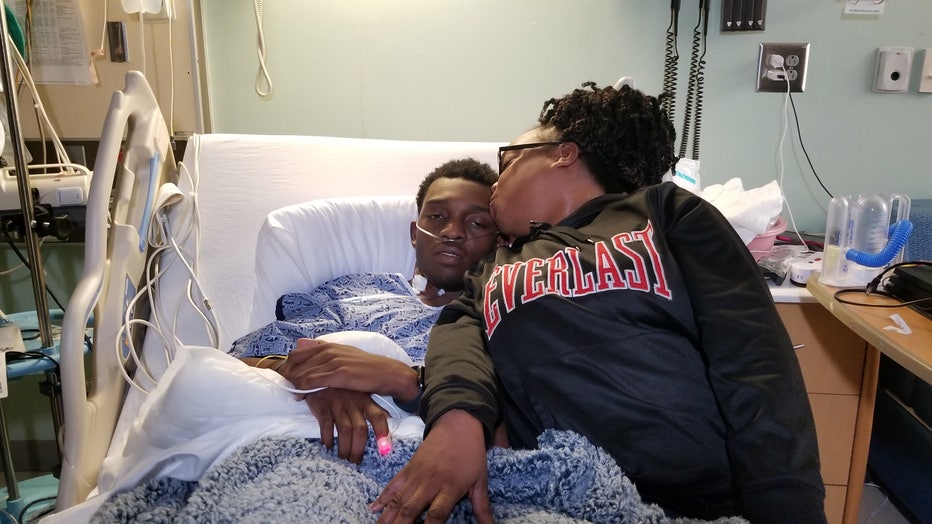 "When he leaves the hospital, we're going to get a flu shot," she says.  "If his body can take it.  If not, when it's time to get flu shots again, he will be first in line to get a flu shot!"