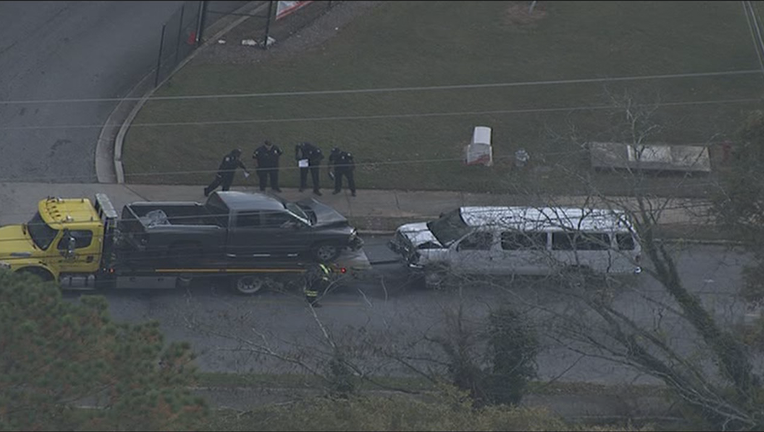 Police investigate a crash in southeast Atlanta that sent five children to the hospital for non-life-threatening injuries on Nov. 18, 2021. (FOX 5)

ATLANTA - Five children were injured during an accident in southeast Atlanta on Thursday afternoon.

It happened along Macdonia Road SE near Belgarde Place SE just before 3 p.m. Atlanta police said a pickup truck and a transport van carrying six children were involved in a crash.

Neither driver was injured. Five of the children were taken to Children’s Healthcare of Atlanta at Egleston for treatment for non-life-threatening injuries.

Investigator said the pickup truck was trying to merge into traffic, but the transport van had control of the lane at the time.

The Atlanta Police Department is investigating the crash.