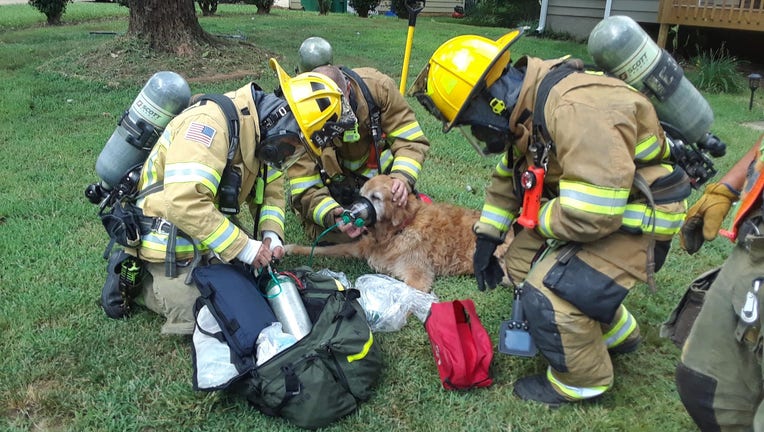 LILBURN, Ga. - Gwinnett County firefighters saved the life of a dog trapped in a burning home in Lilburn Thursday.

Officials tell FOX 5 they were called to the 100 block of Lester Woods Court after a caller reported seeing a house on fire. The caller told 911 operators that the resident did not appear to be at home but there was possibly a dog inside the building.

When they arrived, crews found the home ablaze with heavy black smoke coming from the rear.

During a search, while battling the flames, firefighters found a dog and were able to get it out of the house and into a Pet Oxygen Mask.

No injuries were reported in the fire and officials say the Red Cross has been requested to help the two adults and two children who live in the home.

Investigators believe the fire was accidental and started on the back deck of the home before spreading.