Three firefighters had to be rescued after they fell through a floor while battling an overnight blaze at a northwest Atlanta home early Tuesday morning.

ATLANTA - Three firefighters had to be rescued after they fell through a floor while battling an overnight blaze at a northwest Atlanta home.

The fire broke out at a home on the 500 block of Chappell Road shortly after 1 a.m. Tuesday.  Crews arrived to find flames were shooting out of the front of the building.

Firefighters searched the home and found a man in the back. They pulled him out, performed emergency aid, and then watched as paramedics rushed the victim to Grady Memorial Hospital.  His condition isn't known, but police told firefighters the man was still alive when he arrived at Grady. 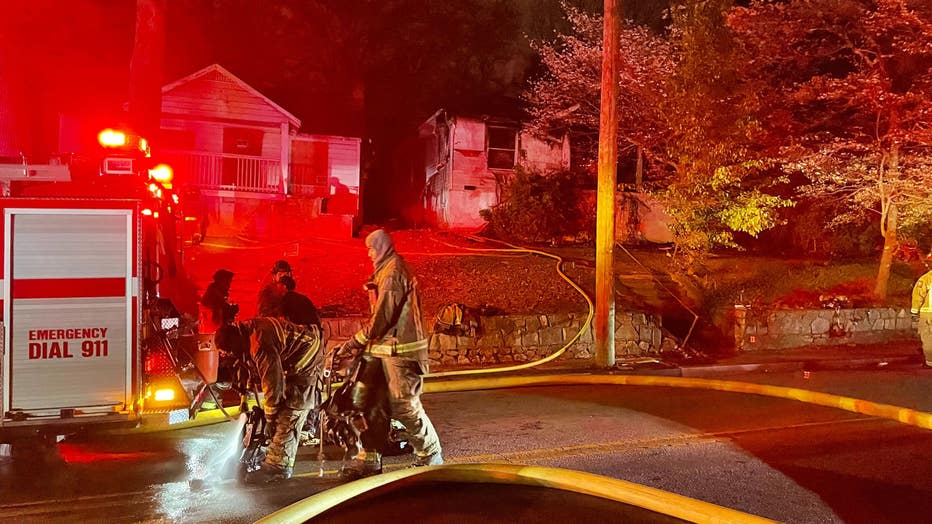 Firefighters keep hotspots from reigniting at the home on Chappell Road.

Firefighters think the man was living in the home, which appeared to be boarded up.  According to the police, the man had permission to be there.  The victim's name and age aren't known.

As firefighters exited the house, three of them crashed through the floorboards and into a crawl space. Luckily the Fire Department's Rapid Intervention Team was in place. That is a complete unit whose job is to help other firefighters in need. The R.I.T. jumped into action, lowered ladders, pulled their fellow firefighter out of the crawl, and checked for injuries.  None of the firefighters who fell were hurt.

The cause of the blaze is under investigation. Firefighters think it might've started in the front of the home.