It happened around 9:20 a.m. at a home along Parkland Drive. Firefighters said they arrived to find the home about 70 percent engulfed in flames and some smoke and flames in the second home.

Crews worked to battle the blaze from the outside of the first home while firefighters entered the second home to fight the fire. 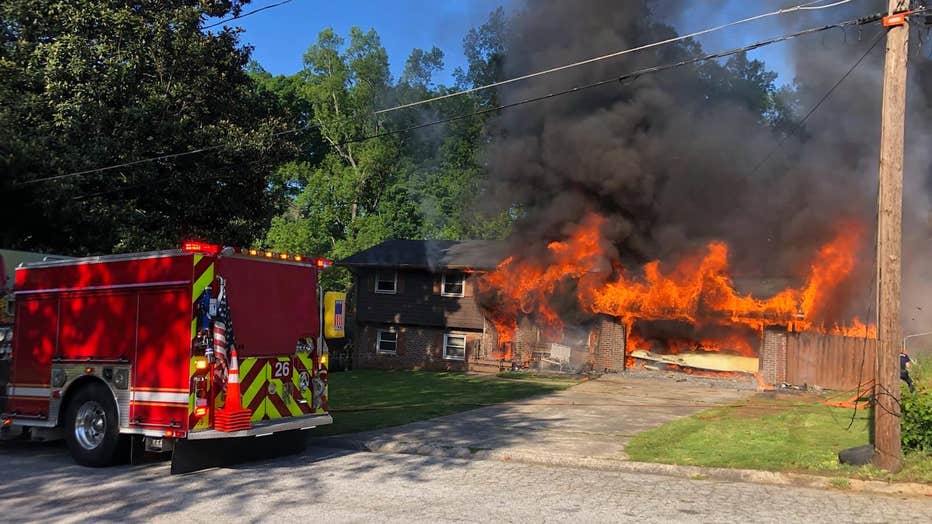 DeKalb County firefighters released this photo of a fire the morning of May 1, 2020. (DeKalb County Fire Rescue)

It took about 30 minutes and 25 firefighters to put both the fires out.

The first home was a complete loss, the second home suffered extensive damage, but could be salvaged.

Family members told FOX 5 one of the homeowners has COVID-19 and hasn't been in the house for about a month.

One firefighter had to be transported to an area hospital for minor injuries.

The cause of the fires remains under investigation.