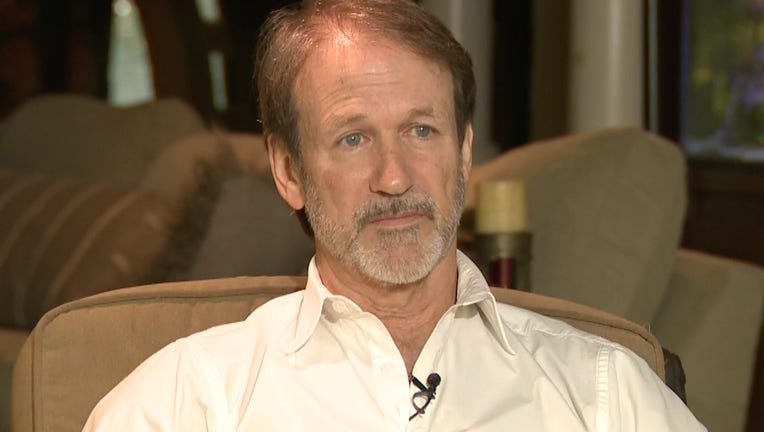 Dr. William "Tommy" Redwood was fired from Piedmont Hospital because he refused to be vaccinated against COVID-19.

TYRONE, Ga. - The only Georgia physician known to be fired for defying a COVID vaccine mandate insisted he’s not an anti-vaxxer.

Dr. William "Tommy" Redwood, 63, was terminated last week from his job as an emergency room doctor at Piedmont Healthcare in Atlanta.

Redwood is well known in the Atlanta medical community. He spent 16 years as medical director of emergency services for Wellstar Kennestone in Marietta. He worked for four years as an emergency room physician at Piedmont.

Just last month, he was reappointed to the medical staff of Piedmont Atlanta with full privileges.

Dr. William "Tommy" Redwood, who was fired from Piedmont Hospital because he refused to be vaccinated against COVID-19, explains to FOX 5 I-Team reporter Randy Travis about his decision.

But last week, Redwood says he was fired from working in both hospital systems for failing to follow vaccine mandates for all healthcare employees.

The letter sent to him by Piedmont Healthcare said "you have not been vaccinated or approved for any exemption from the policy" before explaining he was being terminated.

"We’re being denied that opportunity to do what we’ve been doing all along because we’re not willing to get this vaccine," Redwood told the FOX 5 I-Team while sitting on the back patio of his Tyrone home. 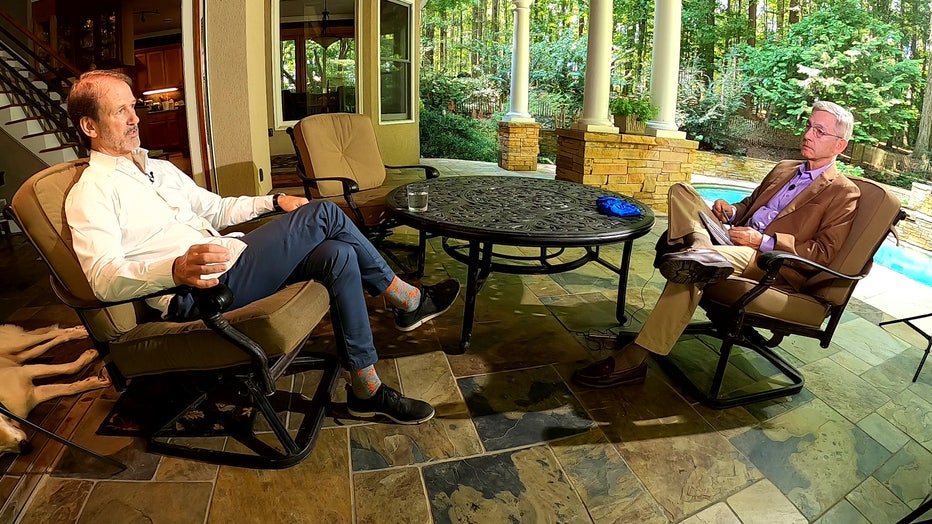 For his personal health status Dr. Redwood believes the risk of serious side effects outweigh the potential benefits of the vaccine. Most experts agree the vaccine side effects are minimal. Millions of Amercians have been vaccinated.

Piedmont, Wellstar, and Emory Healthcare all have vaccine mandates. None has disclosed how many employees lost their jobs for ignoring the policy.

It’s a confusing contradiction. Why would a doctor take such a position in a pandemic?

After all, Redwood has seen his own share of COVID patients pour through the Piedmont ER. He agreed COVID is far more dangerous than the flu and says hospitals are not inflating the numbers to make the disease seem worse than it really is, contrary to the belief of some skeptics.

Redwood said he’s been vaccinated against hepatitis and has always followed the flu vaccine requirements for his job.

But in the past, Redwood has publicly cautioned the use of certain vaccines because of what he believes are troubling side effects.

He also testified before the Centers for Disease Control and Prevention when it sought public comment for the flu vaccine, arguing the government’s work would be better spent urging people to stay home if they felt sick.

Redwood said almost every COVID patient he’s had to admit is unvaccinated.

"I’m not here to say that I’m against vaccines," he stressed. "OK? That’s one thing I want to make perfectly clear. What I’m saying is if the intention of the vaccine mandate is to prevent transmission of disease from a healthcare worker to the patient population, then the vaccines aren’t going to achieve that." 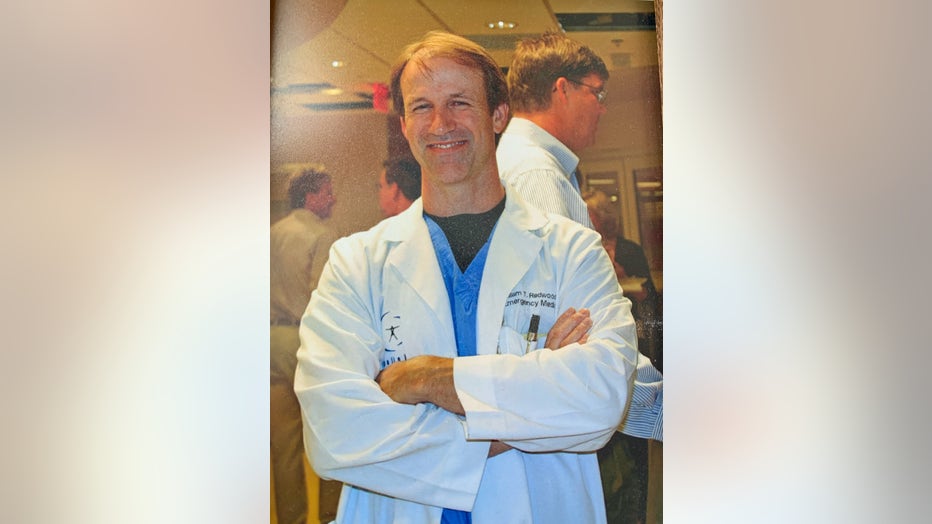 Dr. Tommy Redwood is well known in the local medical community. He was the Medical Director of Emergency Services for Wellstar Kennestone Hospital in Marietta from 2000-2016.

Redwood points to the fact that even vaccinated people can still spread the virus, although they are not as contagious for as long as someone unvaccinated and infected.

He believes mandates may have a better argument in long-term care settings where workers and patients are in close quarters for longer periods of time.

He said he is always masked up and protected like other hospital staff.

"I think the hospital should be doing the same thing they were doing when this pandemic first started which is to support anybody willing to risk their life to come in and provide care for patients needing help," Redwood argued.

Redwood believes he’s far less likely to get seriously ill from COVID because he has no comorbidities like most of the patients he’s seen, those with hypertension, diabetes, or obesity.

He also says he wears a mask outside the house to places like grocery stores and restaurants — although not always — doesn’t shake hands or get too close to others.

Does he disclose his unvaccinated status to his patients?

"That’s not something I share," he said. "If they want to know, they’re free to ask. A lot of patients I see you’ve got to remember are coming in because they haven’t been vaccinated."

And in his mind, the risk of any possible unknown side effects from the COVID shot outweighs any proven benefit, especially now that the vaccines require boosters. 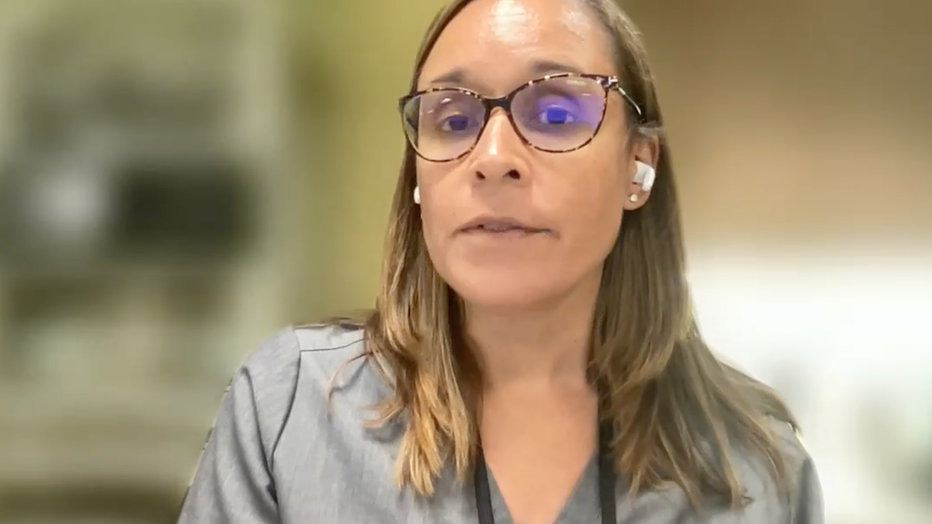 Dr. Carmen Sulton and Dr. Redwood are both members of the Georgia College of Emergency Physicians. She says she's yet to treat someone for any serious vaccine side effects. But the pediatric ER doc says she's seen plenty of serious COVID cases that c

"As a practicing clinician in ER departments I’ve seen the beneficial results of being vaccinated," said Dr. Brett Cannon, president-elect of the Georgia chapter. "I strongly believe in their benefit."

GCEP’s secretary-treasurer is a pediatric emergency room doctor with a strong opinion about vaccines.

Piedmont Healthcare had no comment about Redwood’s firing or whether the mandate has affected already difficult staffing levels, only calling employee loss "minimal."

In a statement, Piedmont said the mandate is "for their own health and safety as well as the patients we serve."

Redwood said he offered to be tested weekly but got no response from Piedmont. He says he’s only taken one COVID test so far and it was negative.

The FDA stresses all three vaccines are safe, effective, and proving to be the difference-maker in saving lives.

"That vaccine is keeping people from getting severe disease," said Redwood. "I’ll agree with that." 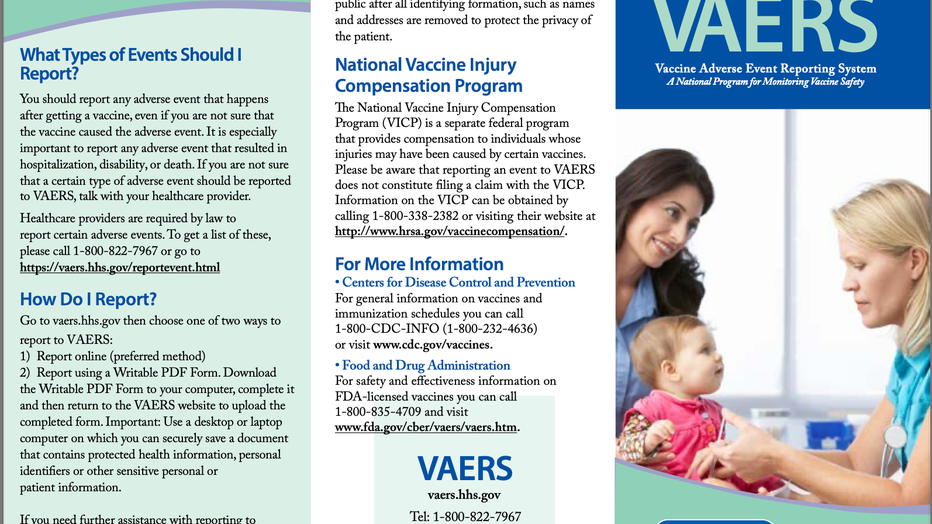 The CDC maintains a clearinghouse for reports of possible vaccine side effects sent in by the public or medical staff. The CDC stresses the VAERS database should not be considered proof of anything until researchers get a chance to investigate.

As for the possible side effects, Redwood points to the Vaccine Adverse Event Reporting System or VAERS, where doctors and patients can submit any side effects they think might be connected to the vaccine.

But some anti-vaxxer groups quote the data as solid proof the vaccines are dangerous, despite this warning by the CDC:

"VAERS is not designed to determine if a vaccine caused a health problem but is especially useful for detecting unusual or unexpected patterns of adverse event reporting that might indicate a possible safety problem with a vaccine. This way, VAERS can provide CDC and FDA with valuable information that additional work and evaluation is necessary to further assess a possible safety concern."

So far, nearly two-thirds of the US — 215 million people — have received at least one shot.

Redwood won’t be stuck at home in Tyrone for long. He still has another job, practicing emergency medicine in Alabama, at a hospital without a vaccine mandate.

"The people seem to appreciate me when I’m there," he said. "They’re not asking me about my vaccine status. They know I’m there to help them. They know I’m wearing a mask. And they welcome my presence."

As he welcomes the opportunity to continue being a doctor. Somewhere.