DEKALB COUNTY, Ga. - DeKalb County Fire and Rescue was on the scene of a fast-moving fire Sunday morning and worked to extinguish a blaze that spread from a bedroom to a backside addition on a home and even across the driveway to a carport.

Authorities said one man suffered minor injuries while running out.

The flames broke out on the 2300 block of Marion Circle shortly after 3 a.m.

“There was an addition where they added onto the house on the backside,” said Battalion Chief Daniel Long, DeKalb County Fire and Rescue. “[That] makes it a little more challenging, gives different areas for the fire to travel.”

Smoke alarms alerted two adults inside, allowing them to escape the fire safely. Authorities said one man suffered minor injuries while running out.

As for the cause of the fire, that remains under investigation, but based on preliminary information, fire officials believe a space heater in the bedroom is to blame.

“If you have to use [space heaters], use them with caution,” Long said. “Keep them in the center of the room, don't have anything around them [and] keep an eye on them. It's really not a good idea to use them while you're sleeping.” 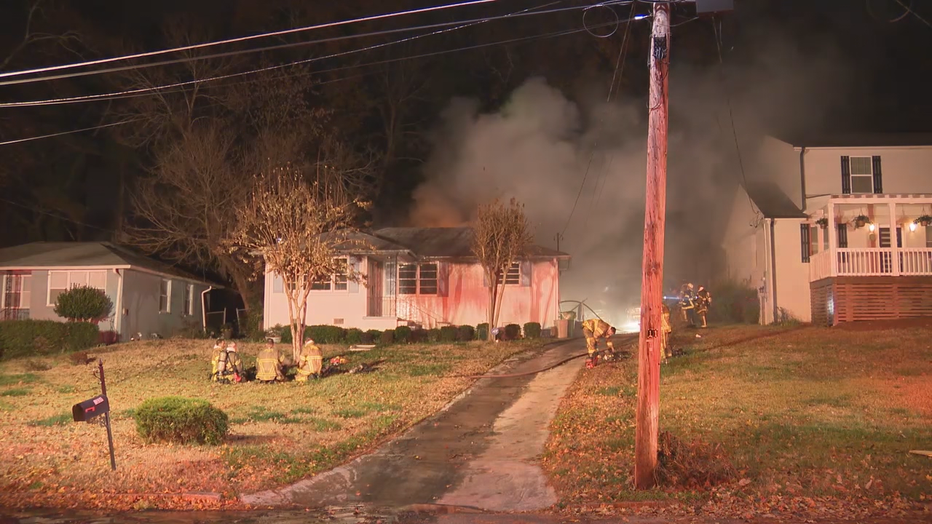 Long said the advice is particularly important as temperatures drop, noting that the fire department usually sees a spike in fires in the winter.