Reducing the risk of cancer in the next generation of firefighters

A Georgia fire department is attempting to reduce the risk of cancer in the next generation of firefighters.

ATLANTA - Forsyth County Fire Division Chief Jason Shivers says the excitement and unpredictability of fighting fires drew him to the fire service back in college.

At the time, he was working as a volunteer firefighter in North Georgia.

"Everyone knows it’s a dangerous job," Shivers says. "But, what many people don't realize, even young firefighters may not realize, is the dangers that lurk in the things that we're exposed to during firefighting.   When anything burns, the byproduct of combustion, that carbon, with combustion, has really bad things in it."

Still, for decades, soot-covered, dirty turnout gear was worn as a kind of badge of honor.

"There is just something about a carbon-covered helmet that is stained and dirty and bent up that shows you've been on the job a long time, that you've fought a lot of fire."  Jason Shivers

It was a sign, Shivers says, you have done your job.

"There is just something about a carbon-covered helmet that is stained and dirty and bent up that shows you've been on the job a long time, that you've fought a lot of fire," he says.

But contaminated gear, firefighters are coming to realize, can come with a high price.

Studies show chemicals on turnout gear can release toxic gasses for days, even weeks, after a blaze is extinguished.

Dr. Dan Miller, chief of thoracic surgery at Cancer Treatment Centers of America Atlanta, says research shows firefighters have a 9% higher risk of developing cancer and 14% higher risk of dying from it, than the general public.

Lung cancer, mesothelioma, and head and neck cancers are all common in firefighters, he says.

They see esophageal, colon, and kidney cancers, too.

Dr. Miller says firefighters need to be vigilant about wearing protective equipment like masks not just while they are knocking down a fire, but during the clean-up period, known as the overhaul.

"It's very important to maintain that mask during the overhaul period," Miller says.  "Because, what happens is, things are smoldering. You still have the asbestos fibers and all the other carcinogens in there.  And, you want to take your mask off, but you can be exposed just as much during that chronic phase as you can the acute."

Dr. Miller says educating firefighters about how to lower their risk of exposure to cancer-causing chemicals is critical.

"Just because you're the strongest and the bravest, don't be like John Wayne, and go in there like, 'This isn't going to hurt me!'" Miller says.  "Yes, it is going to hurt you!" 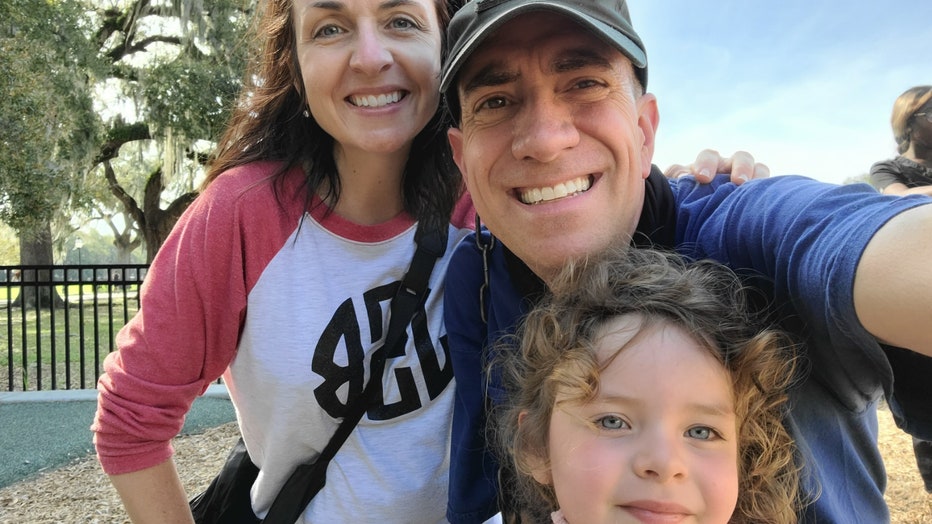 Forsyth County Fire Division Chief Jason Shivers was diagnosed with colon cancer in 2013. He has spearheaded an effort to protect firefighters in his Georgia county. (Jason Shivers)

He underwent surgery at Cancer Treatment Centers of America in Tulsa and is now cancer-free.

But, Shivers cautions, he is a rare exception.

"I want to make it clear that I am a blessed case," Shivers says. "Please understand that. We've lost firefighters to cancer.  Some very dear friends of mine have passed away."

Chief Shivers has used his experience to push for changes at Forsyth County Fire Department to try to better protect fire service personnel both in the field and in fire stations.

Each firefighter now has 2 sets of turnout gear.

In the past, firefighters could decide when it was time to change out and clean their gear.

Now, each time an engine company returns from a fire, everyone has to switch out their gear.

"They cannot return to service until they've come back into the fire station, everyone on that apparatus has washed and cleaned, taken a shower, washed their hair, and swapped into that second set of gear," Shivers says.

Forsyth Fire has made other changes, too.

Firefighters used to ride in the cab of the engines with equipment like their self-contained breathing apparatus and tools.

That allowed them to come out of the cab dressed and ready to work.

But, the equipment can be contaminated during a fire response.

So, newer rigs have special compartments to store the equipment, to transport it separately from the firefighters.

"So the only thing that rides inside the cab is, literally, clean firefighters," Shivers says.

Exposure to diesel exhaust from the engines is another concern.

Fumes can build up inside the station while the rigs are being cranked up or while returning after a call.

"It's like parking your pickup truck or your SUV in your living room," Shivers says. "That's essentially what we're doing here.  This is our home. This is where firefighters live 24 hours a day."

To limit exhaust, he says, Forsyth County is installing a scrubber system, or a kind of filter box, between the motor and exhaust pipe of the trucks in its fleet.

Dr. Miller says firefighters also need to be educated about how to keep their lungs as healthy as possible.

"If you're a smoker and you're a firefighter, that synergistic effect is just incredible," he says.

"I find very fulfilling, to know that I'm part of an organization that is taking some lessons we’ve learned, and (we) have said, 'No. We are not going to let this keep happening,’" he says. "It is not the cost of doing business.  We can do better."