President Biden says 500 million doses of the COVID-19 vaccine produced in the United States will be sent out to countries around the world this year and intro early 2022.

The U.S. Food and Drug Administration has approved the use of an additional nearly 15 million doses of the Johnson & Johnson COVID-19 vaccine out of the troubled Emergent BioSolutions plant in Baltimore.

The FDA approved 10 million doses last week from two batches and announced on Tuesday an additional approved batch of vaccines, which amounts to nearly 25 million total usable J&J doses coming out of the facility.

The company had been told previously to discard doses from the plant, which has been repeatedly cited for problems pertaining to poorly trained employees, cracked vials and mold issues. The facility has been shuttered for eight weeks.

Due to the citations, an unknown amount of the J&J vaccines will be thrown out. 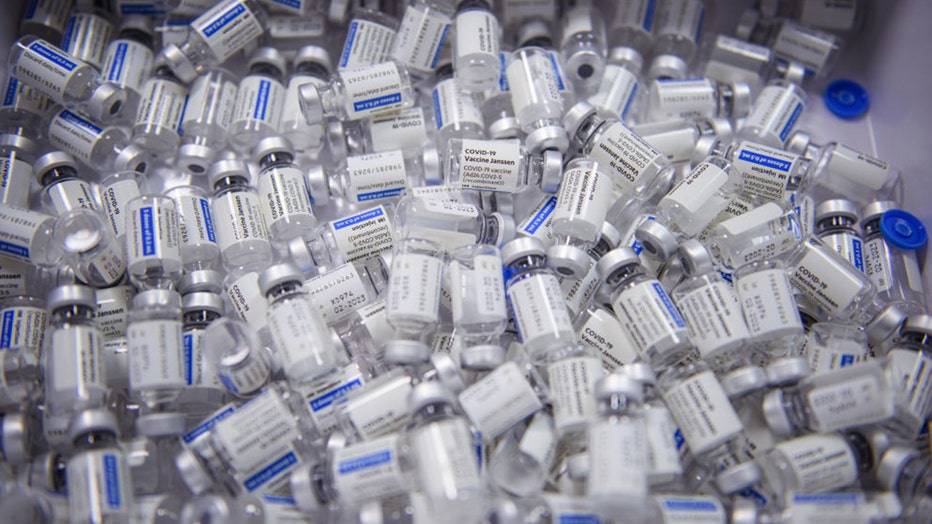 The agency wouldn’t specify the size of the tainted batches or why they can’t be used, but a person familiar with the decision told The Associated Press that they could have yielded tens of millions of doses and that they possibly were contaminated. Another person familiar with the situation said the doses to be discarded were made about the same time as a vaccine batch equal to about 15 million doses that was contaminated earlier this year and thrown out.

Neither person was authorized to release details about the decision and spoke to the AP on condition of anonymity.

The FDA approved the emergency use authorization (EUA) of certain J&J vaccines out of Emergent BioSolutions on June 10 after extending the expiration date on millions of doses by six weeks.

The agency’s review concluded the shots remain safe and effective for at least 4 1/2 months. In February, the FDA originally authorized J&J’s vaccine for up to three months when stored at normal refrigeration levels.

Last week’s announcement comes after state officials warned that many doses in storage would expire before the end of the month. The change gives health providers more time to try and use remaining J&J shots sitting at pharmacies, hospitals and clinics. Many states have adopted a "first-in-first-out" approach to try and use their oldest vaccines first.

Vaccine expiration dates are based on information from drugmakers on how long the shots stay at the right strength. J&J said the FDA added an additional six weeks to its shot based on data from ongoing studies assessing the vaccine’s stability.

The FDA has been reviewing expiration dates on all three U.S. authorized vaccines as companies have continued to test batches in the months since the shots first rolled out. Vaccines from Pfizer and Moderna, authorized in December, have a six-month shelf life.

Uptake of the J&J vaccine got off to a shaky start in the U.S. largely due to a temporary pause in the rollout while officials investigated a potential link to rare, severe blood clots. Appointments canceled during the 11-day pause were rescheduled using available Moderna and Pfizer-BioNTech supply, creating a backlog of sorts. As such, states said thousands of Johnson & Johnson doses were approaching expiration, prompting the FDA to adjust the dates.

Officials had been hopeful that J&J’s one-shot jab would play a crucial role in vaccinating hard-to-reach populations and others hesitant about scheduling issues or convenience. On June 15, the Biden administration delivered about 1.3 million doses of the vaccine to Mexico.