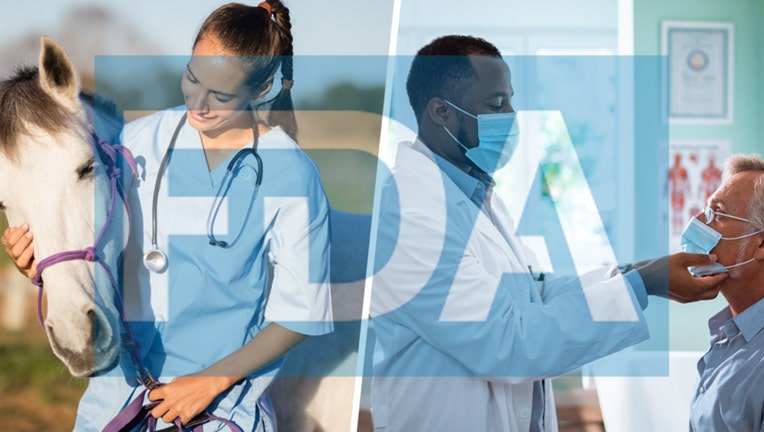 The FDA has issued a warning about a drug most commonly used as a horse de-wormer, urging people not to use it as a treatment or prophylactic for COVID-19 after an influx of calls to the Mississippi Poison Control Center.

Officials in Mississippi issued a report saying "at least" 70% of recent calls to the poison control center were related to ingestion of the livestock formulation of ivermectin, which people purchased at livestock supply stores.

The report said most people had mild symptoms, but one person needed to go to the doctor due to the amount of the drug they took. No one in Mississippi had been hospitalized after taking ivermectin, but the FDA said it had received reports from other places of people becoming ill and needing to go to the hospital.

The FDA’s warning about ivermectin stated that the drug is not approved for use in treating COVID-19 and could cause serious harm.

Doctors and researchers have proposed studies and further research using ivermectin against the novel coronavirus, but there have not been any conclusive results, the FDA says.

According to the warning on the FDA’s website, "Ivermectin tablets are approved at very specific doses for some parasitic worms, and there are topical (on the skin) formulations for head lice and skin conditions like rosacea. Ivermectin is not an anti-viral (a drug for treating viruses)."

Mississippi officials added that drugs formulated for animals may come in high doses which can cause toxicity if taken by humans. Symptoms of ivermectin toxicity include rash, nausea, vomiting, abdominal pain, neurologic disorders, and potentially severe hepatitis requiring hospitalization.

"If you have a prescription for ivermectin for an FDA-approved use, get it from a legitimate source and take it exactly as prescribed," the FDA’s website says.

This story was reported from Tampa, Florida.