A moving van stolen from a family staying at a Covington hotel was located, but some of their most treasured possessions are still missing.

COVINGTON, Ga. - The family who had their moving van stolen from the parking lot of a Covington hotel in which they were staying said police have recovered the van, but not several very precious personal possessions.

Ben and Cassandra Benton stopped at the LaQuinta in Covington off Interstate 20 for the night, but during the overnight hours, thieves made off with their U-Haul filled with almost everything they owned.

Among their possessions, an urn that contained the ashes of their baby boy, Wyatt. He was just six months old when he passed away, most of which he spent fighting for his life in a hospital’s NICU having been born prematurely at just 24 weeks. His mother had to give birth to him at home since they couldn’t get to the hospital in time. 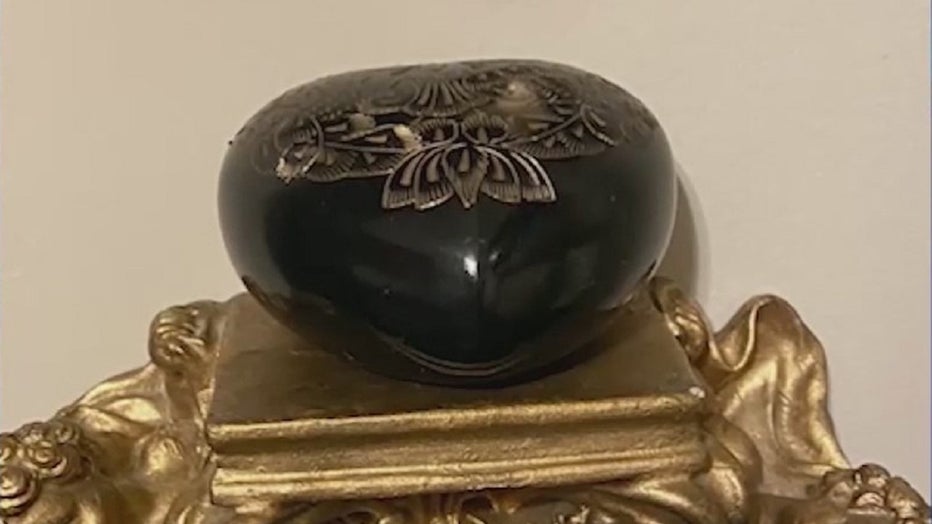 Along with the ashes, the few mementos from Wyatt's short life, handprints on a canvas, and a key that Cassandra often wore because she said her baby boy was the key to her heart.

Since FOX 5 first reported about the theft, the U-Haul was found abandoned in Forest Park. The family spent most of Thursday, well into the evening, going through the mess left behind by the crooks. But no urn.

Covington police officers even went back to the scene where it was dumped in hopes Wyatt’s remains would be located.

The Bentons are begging and pleading for their son’s safe return.