DEKALB COUNTY, Ga - Close to a dozen families staying at an extended stay hotel in DeKalb County are being told to pack up and leave. After several organizations and a county commissioner intervened, they were given a one-day reprieve.

"They came in and for people who had nonpayment they came in with heavily armed security officers standing at the door," said Travis Smith, who lives at the Efficiency Lodge on Flat Shoals Road with his family.

Smith said the locks were changed and families were told to get out. 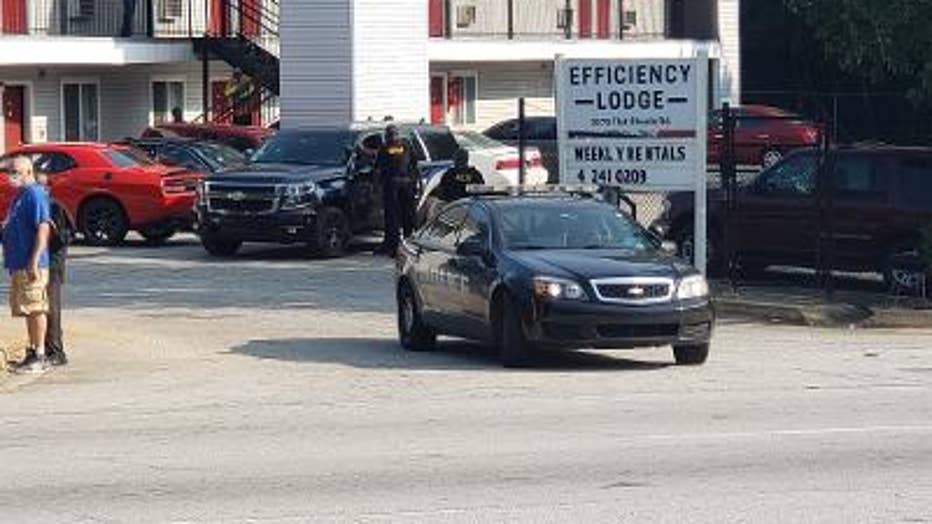 While families wondered where they would go, some called the Housing Justice League's tenant hotline. They said anyone who has lived here longer than 90 days can't legally be evicted under the federal eviction moratorium.

"These residents have lived here up to three years so the owner should have to go through the judicial process of eviction which requires a judgement and they haven't gotten that so we think this situation is highly illegal," said Natalie McLaughlin with the Housing Justice League.

Marshall Rancifer with the Justice For All Coalition helped convince security to let them stay one more day.

"They were so happy when we got them back in their rooms because they were supposed to be off the property by 5 o'clock today," said Rancifer.

DeKalb County Commissioner Larry Johnson agreed it's illegal and said a lot of people, including landlords, don't understand the laws.

"We got to educate owners, I'm trying to find them. Thank goodness they decided to let the families stay but we still need to find a permanent situation," said Johnson.

Commissioner Johnson has contacted a church and some other organizations to get some case managers to work with those who will be forced to find somewhere else to live as of Wednesday.