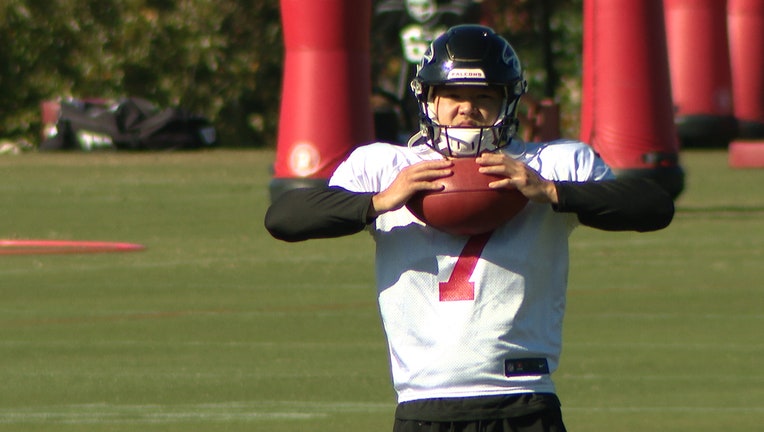 ATLANTA - Atlanta Falcons kicker Younghoe Koo has taken the field with the phrase "Stop Hate" stamped on the back of his helmet. Now, the Asian American NFL player is speaking out against racial discrimination and violence in the wake of three deadly shootings at Atlanta-area spas in which several victims were identified as Asian.

In an Instagram post on Wednesday, Koo wrote he is "deeply saddened by the events that took place in Atlanta yesterday."

Koo went on to write, "although there is no definitive answer yet on what this investigation will bring, I feel now is the time to address the rise in hat crimes against ALL races over the last few years."

Koo said he's dealt with jokes at his own expense and name-calling because of his race. He wrote that the intention of speaking out is to raise awareness of hate crimes "against all."

The preliminary investigations of multiple law enforcement agencies in the Atlanta area so far determined the killer, 21-year-old Robert Aaron Long acted alone in killing eight people at three separate spas, one in Cherokee County and two in Atlanta. Police said Long confessed to all three incidents on Tuesday night.

Long told investigators he was not motivated by racial animus and he was acting out against his temptations due to his addiction to sex, officials said.

Of the eight victims, police identified six as Asian and seven were women.

Authorities said the confessed shooter, Robert Long, said he was not racially motivated to kill Asian women on Tuesday. Some say the context of the shootings and rise in crimes against Asian Americans cannot be ignored.

Last week, the Falcons re-signed Koo after he made the Pro Bowl during the 2020 NFL season.