Religious leaders said next week they will start boycotting several companies including Coca-Cola.

Organizers are upset that the companies didn't publicly speak out against the controversial legislation before it passed.

The faith leaders said the boycott against Coca-Cola, Home Depot, and Delta Air Lines will begin on April 7. Even though some companies have just come out in opposition to Senate Bill 202, the group said it’s too little, too late.

"Silence is betrayal," Rev. Shanen Jones, the President of the Concerned Black Clergy of Atlanta, said. 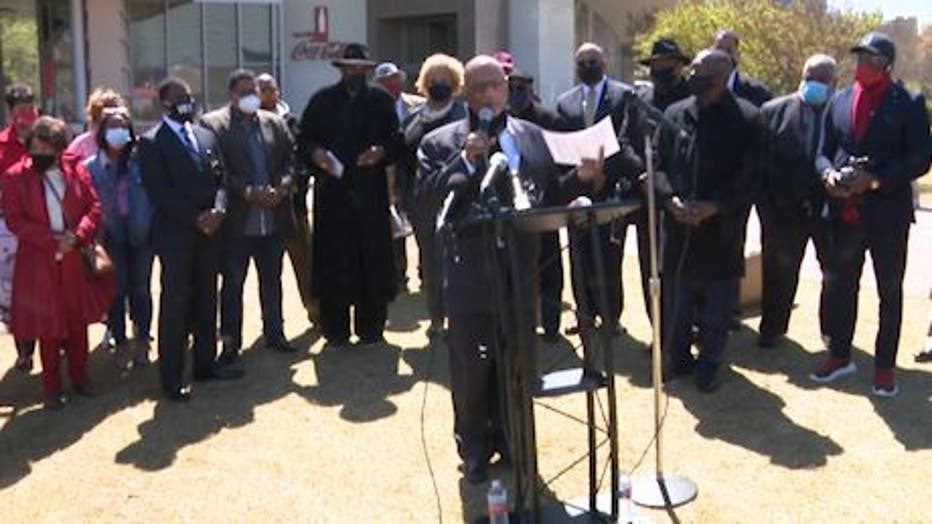 These faith leaders are calling on black and brown people, and their supporters, to their flex their financial buying power.

"Not to purchase or spend their dollars with any of the boycotted corporations," Georgia AME Bishop Reginald Jackson said.

The demonstrators gathered at the World of Coca-Cola Museum.

They want people to stand with them until those companies step up and protect the right for everyone to vote.

"There is no way these corporations didn't know this legislation was based on a lie," Bishop Jackson said.

In order to call off next week's boycott, the group has four demands.

This includes the companies publicly announcing their opposition to Senate Bill 202 in Georgia and similar legislation in other states.

They also want the executives to support federal legislation that would overrule state laws that they say to suppress the vote of black and brown people.

"By April 7th, Southwest told us we are cleared for take-off and we are going to take them at their word. Home Depot we know that Lowes is still open," Dr. Jamal Bryant of New Birth Missionary Baptist Church said.

Last week, Coca- Cola, and Delta issued statements regarding the legislation, with Delta, praises certain measures in the bill.

But this week, the CEOs of both companies released statements expressing their opposition to the bill.

They called it unacceptable and a step backward.

"They had the opportunity to speak out against this legislation some time ago. I can't help but believe it was not until we talked about a boycott, they said we have to do something," Bishop Jackson said.

He hopes to meet with the executives of these companies by Tuesday.