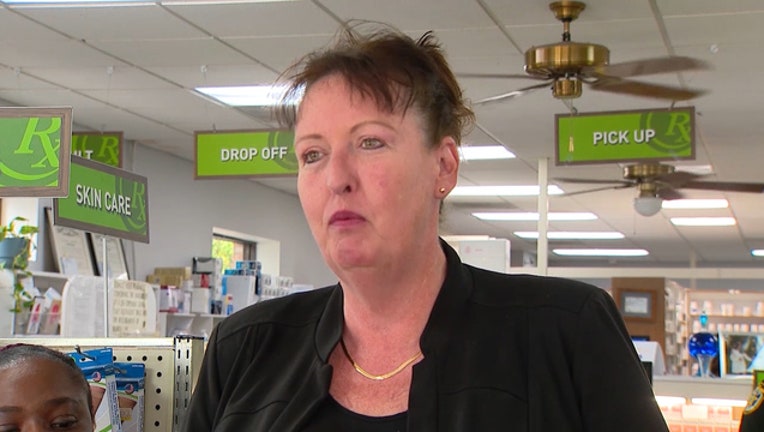 ORLANDO, Fla. (AP) - A former candidate for the Florida Legislature acknowledged to state investigators that she lied when she said she was a medical doctor who had removed 77 bullets from 32 victims of the Pulse nightclub shooting in 2016.

The Florida Department of Health last week issued a cease and desist order against Catherine "Elizabeth" McCarthy, ordering her to stop holding herself out to be a medical doctor.

In a report accompanying the order, McCarthy apologized to a state health department investigator, saying she "wanted to be somebody in the community."

"I'm sorry that I gave any impersonation," McCarthy said in the report. "I knew it was wrong and I should have stopped."

Earlier this month, McCarthy withdrew from the 2020 Democratic primary for a Florida House seat that covers suburban Orlando. In a letter to elections officials, she cited "professional obligations" as her reason for withdrawing. The seat currently is held by a Republican and state records show McCarthy had raised only $1,500 by the time she withdrew.

Reached by telephone on Monday, McCarthy said she couldn't talk because of the cease and desist order.

Online state records show she had led two businesses in the past decade, C.A.R.E. For Women Foundation Inc. and Encore Events, but both enterprises were dissolved.

McCarthy had represented herself as a medical doctor at two political forums this year and was confronted about her credentials by a reporter for Florida Politics website after one of those events, according to the Department of Health report.

At a gun safety forum in March attended by U.S. Rep. Darren Soto, along with a sheriff and a Pulse survivor, McCarthy introduced herself as a former nurse who had gone to medical school in her 40s.

She described the Pulse nightclub shooting as "probably one of the hardest things in my career" and unfolded a handkerchief with bullets that she said had been extracted from shooting victims, though not the Pulse victims.

Gunman Omar Mateen killed 49 patrons and seriously wounded dozens more at the gay nightclub in 2016. Most of the victims were sent to the hospital McCarthy claimed to work at, just blocks from the nightclub, during a massive police and emergency response.

McCarthy is facing Department of Health civil charges of intentionally misrepresenting herself as a medical doctor and could face a fine and costs of nearly $3,100.