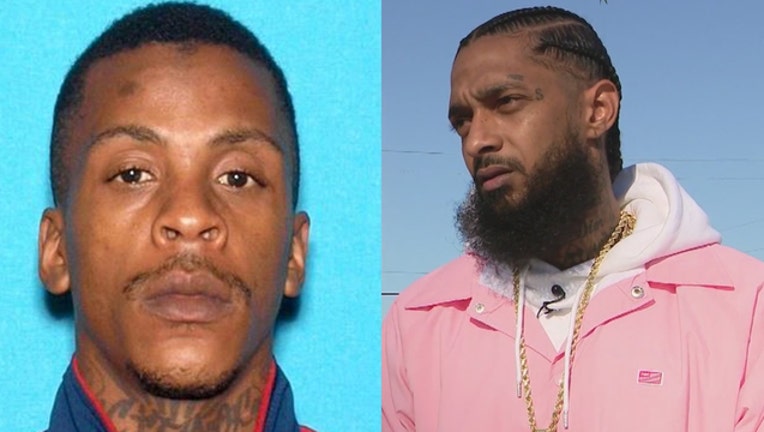 LOS ANGELES, Calif. (FOX 11) - A grand jury has indicted a 29-year-old man for the March 31 killing of rapper Nipsey Hussle and the wounding of two other men in South Los Angeles.

Eric Ronald Holder Jr. pleaded not guilty in connection with the indictment, which charges him with one count each of murder and possession of a firearm by a felon and two counts each of attempted murder and assault with a firearm.

The indictment, which was unsealed Tuesday, also includes allegations that Holder personally used a handgun and caused great bodily injury and death.

On Tuesday, Holder pleaded not guilty to the charges. He is scheduled to return for a pretrial hearing on June 18 in Department 100 of the Foltz Criminal Justice Center.

On March 31, Holder is accused of fatally shooting Ermias Asghedom, also known as Nipsey Hussle, outside the rapper’s clothing store in South Los Angeles. Two other men also were wounded in the attack.

Holder fled the scene and was arrested two days later in Bellflower.

The aspiring rapper is being held in lieu of $6.53 million bail. If convicted as charged, Holder faces a possible maximum sentence of life in state prison.