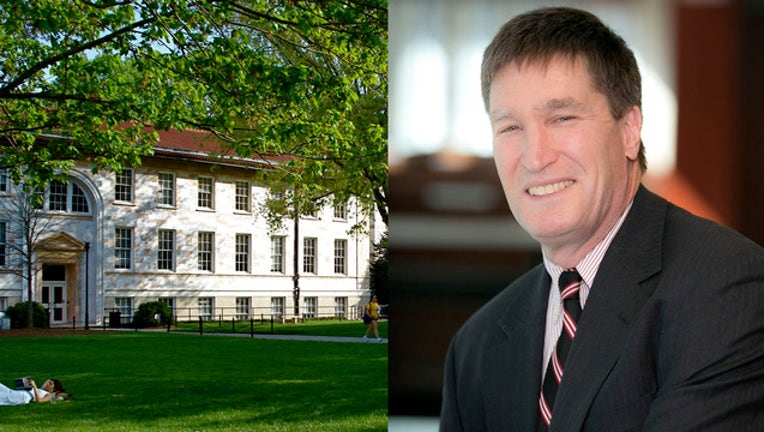 DEKALB COUNTY, Ga. - Emory University leaders announced Wednesday they have launched an investigation after a law professor used the “n-word” in a class.

According to a statement provided to FOX 5, a law professor used the “n-word” in a classroom on Aug. 23 when lecturing first-year law students about a case stemming from the 1960’s civil rights movement in the South.

The Emory statement reads “This offensive language was not part of the case law cited.  The use of this – or any racial slur – in our community is unacceptable.

The newspaper reports Zwier apologized to the class the next day.

The professor told The Wheel he used the racial slur while teaching the tort of offensive battery and he should have said "the 'n-word'" instead of saying it in full.

"The teaching point was to say that the racial slur makes the nature of the contact less important, until it might merge into another tort we will study called intentional infliction of emotional distress," Zwier wrote in an Aug. 25 email to the Wheel. "The case is not about condoning racial speech, but the opposite, the potential injury that can be caused by racist language and how the court might address it in tort law."

Zwier added that he should not have used the slur in the classroom.

"I do not condone the language and my purpose was not to support such speech, but to teach about it and against it," Zwier said to The Wheel.

Law students plan to hold a "unity rally" Wednesday afternoon at 4 p.m. to demonstrate "support for a cohesive and mutually respectful Emory Law."

Zwier told the Wheel he plans to attend the rally.

The Emory statement which was sent to the Emory Law Community on Aug. 24 is signed by Emory School of Law Interim Dean James Hughes, Jr., Provost and Executive Vice President for Academic Affairs Dwight McBride, and President Claire Sterk.

According to the statement, “The term is deeply rooted in degradation, fearmongering, and the creating of a deliberate sense of “otherness.” It reflects a tradition of white supremacy that we actively reject at Emory. People share a fundamental right to work and learn in an inclusive environment free of hostility. When insulting conversation is normalized, it creates a hostile environment and it undermines our institutional values.”

Dean Hughes met with several of the students in the class as well as a larger group of students, including representatives from Emory’s Black Law Students Association.

According to the statement, Dean Hughes also spoke with the professor.

Dean Hughes has asked Emory’s Office of Equity and Inclusion and, on behalf of the university leadership, to open an investigation to make findings of fact and to recommend further actions, if any, required to address the situation.

Dean Hughes was assured that the investigation would be concluded, and recommendations would be made, within approximately two weeks.

During the investigation, Dean Hughes has assigned the courses of the professor to another instructor.

The Emory statement indicates the university will take several steps as a result of the incident.

That includes the Committee on Community and Diversity in Emory Law designing meaningful mandatory training for faculty members as well as staff and students.

According to the statement, “What we are experiencing is an issue that affects the entire Emory community. We will address it, with a focus on the painful recent experience.”