FOX 5 spoke with one of the victims who was injured in a drive-by triple shooting on Edgewood Avenue last weekend.

"If I was standing up instead of sitting down and counting the money then I probably would be dead right now," injured victim Ahmad Henry Said.

Ahmad Henry can’t help but be thankful as he recovers from the shooting.

"Down the street, there was something going on and an encounter. All of a sudden I heard a car peel off and gunshots," Henry said.

Henry was working inside ‘Ourbar ATL’ helping to close. 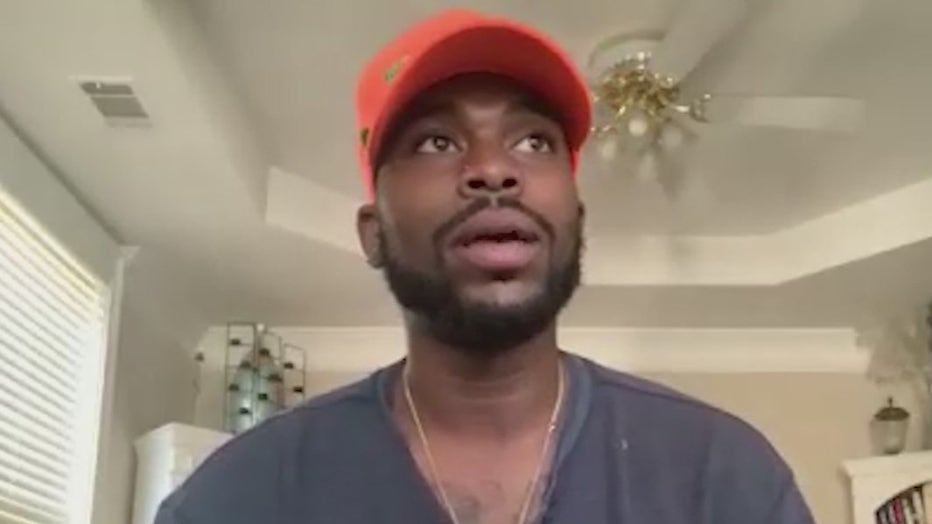 "As I opened the door I heard my little sister crying and I said, ‘What are you doing here?’ And she said, ‘I got shot,'" Henry said.

Henry’s sister was shot in the pelvis.

All three victims are expected to be ok.

This isn’t the first shooting in the area. Henry believes the local hardworking businesses don’t deserve it.

This father faces a $20, 000 medical bill and is expected to be out for eight weeks.

"I hope whoever did it is aright because on a mental standpoint to drive down the street just shooting aimlessly you aren’t thinking of anyone else," Henry said.

If you know anything come forward to Atlanta Police.

If you want to help Ahmad Henry get back onto his feet, there's a GoFundMe campaign in his name.