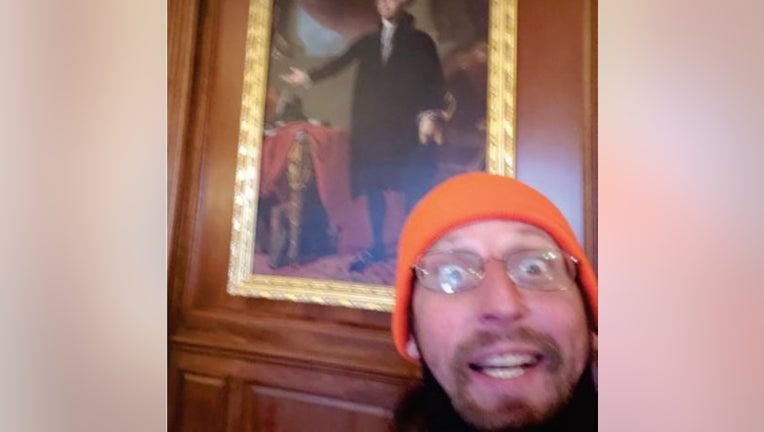 DULUTH, Ga. - The Federal Bureau of Investigations has arrested another metro Atlanta man in connection with the Jan. 6 riots at the U.S. Capitol.

According to court documents, the FBI received multiple tips from people saying that 38-year-old Laurens posted photos from inside the Capitol on his Facebook page.

The FBI says that Laurens admitted to being at the Capitol on Facebook, posting comments including "we got into the capitol (sic), walked around, chanted some slogans and stuff. A few bad apples were trying to break windows and kick on doors."

Based on the FBI's review of recordings, officials say the Duluth man entered the Capitol through the Lower Senate Doors around 2:15 p.m. while wearing a bright orange winter hat, glasses, a black face mask, and a "Trump 2020" flag around his neck.

Authorities also allege that Laurens took a selfie in front of a portrait of George Washington in the Capitol's Rayburn Reception Room.

RELATED: DOJ: Georgians arrested for involvement in Capitol riot said police told them to come inside

Laurens is now facing several charges including disorderly and disruptive conduct in a Capitol building.