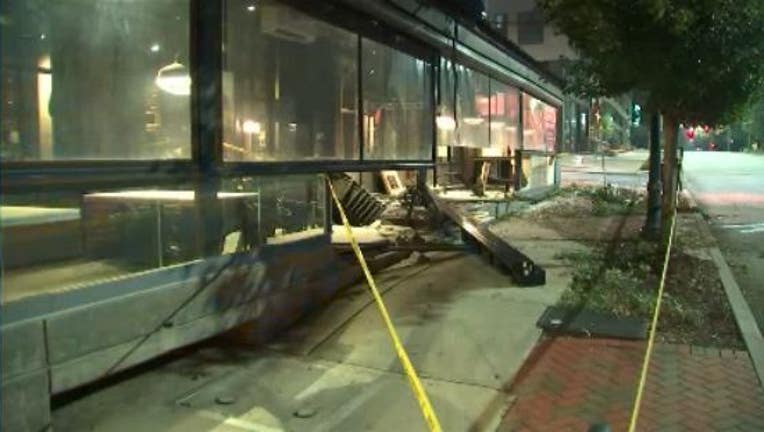 ATLANTA - Atlanta police have arrested a female driver after she crashed her car into a restaurant early Friday morning.

Officials say the crash happened on the 900 block of Howell Mill Road around 3:22 a.m. Friday. Records indicate the location of the accident was Atlanta's Eight Sushi Lounge.

When they arrived at the scene, officers found the driver, Joy Alexandra Longley, conscious with a few injuries on her mouth.

While checking her condition, officers say they smelled the "strong odor of alcohol" coming from Longley and asked her if she had been drinking before the crash.

According to police, Longley told officers she had drank two alcoholic beverages and was heading home from a nightclub when she lost control of her vehicle.

She is now being held at Grady Detention.