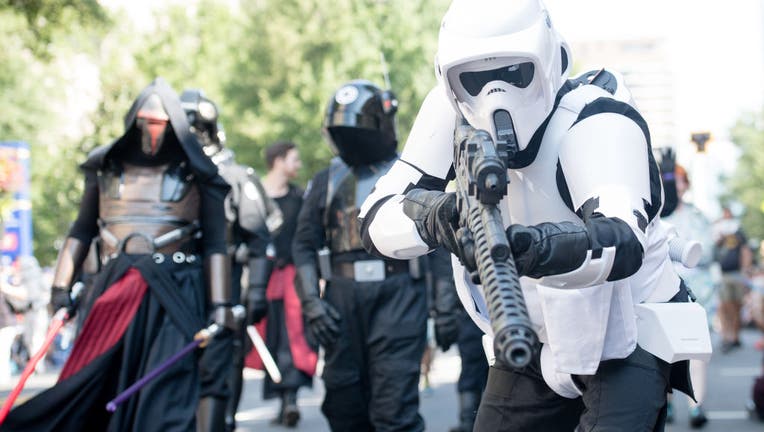 ATLANTA - Dragon Con is canceling its in-person 2020 convention in downtown Atlanta due to COVID-19.

In a release, the convention's organizers say that for the first time in 34 years, the internationally-known convention will not be held on Labor Day weekend in Atlanta.

The convention, which was scheduled to run from Sept. 3 to Sept. 7, had planned to attract around 90,000 people to the city's downtown.

“After an exhaustive attempt to organize a much smaller, more focused, and socially distanced convention, it became apparent that we could not, in good faith, move forward with our 2020 event,” convention co-chair Rachel Reeves said. “We are heartbroken and did not make this decision lightly. Above all else, we want to thank our fans, our hotel partners, the ACVB, and the City of Atlanta for their support over these past few months.”

In its place, Dragon Con will host a free live-streamed convention featuring classic panels and original programming. More details about the new plan are expected to come in the future.

The convention still plans to return in 2021 and is scheduled from Thursday, Sept. 2 to Monday, Sept. 6.

Anyone who has already purchased a membership for this year's convention can either exchange it for a 2021 membership or get a refund through Dragon Con's website.