Busy bees have hive of activity in downtown Atlanta

ATLANTA - Right now, a dedicated team of more than 100,000 is logging long hours on the campus overseen by the Georgia World Congress Center Authority. And even though most visitors will never ever see those workers, the guest experience will be a whole lot sweeter thanks to their efforts.

Along with Mercedes-Benz Stadium, Centennial Olympic Park, and the Georgia World Congress Center, the Authority’s downtown Atlanta campus is also home to three busy beehives. The hives — which were recently redesigned and currently house about 50,000 honeybees each — were initially installed on the campus back in 2018. They’re located just across the street from Georgia World Congress Center Building C.

"Studies show that honeybees thrive in urban areas for a number of reasons," says Scottie McLeod of BEE Downtown, an organization that installs and maintains hives at major companies throughout the Southeast. "The first is that there's a diverse amount of food; there's tons of trees, there's local gardens, people have herbs and stuff on their porch."

The bees from the GWCCA hives fly off, collect nectar from those food sources, then bring it back to campus and use it to make honey. 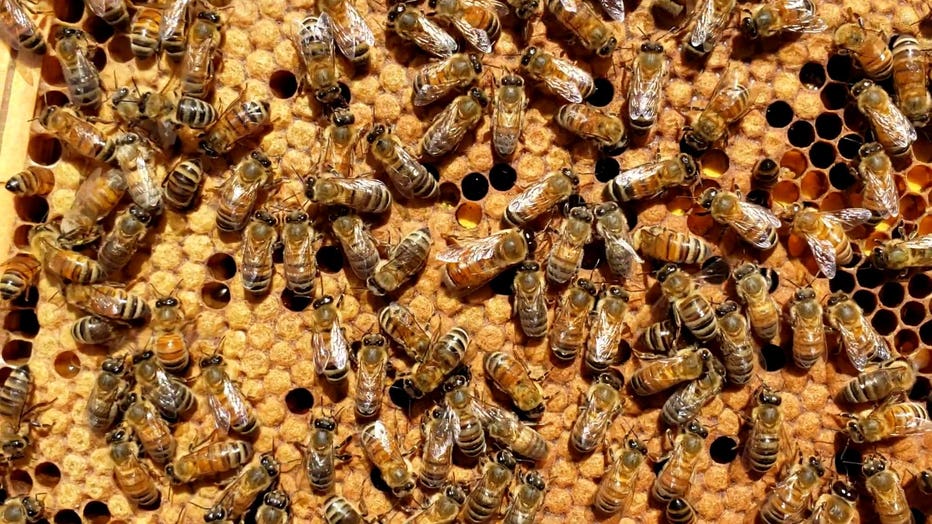 "That honey gives the dressing ... that profile," says Velasquez.  "That sweetness, it takes off some of the tartness."

A sweet reward for everyone involved — but those involved with the hives say the real goal is to take care of an insect that takes such good care of us.

"They actually pollinate 70 of the top 100 food crops in the United States," says McLeod.  "So, without them, we would not have a lot of food."

Adds Trefzer: "This is a way for us to really help pollinate Atlanta, and that's a species that is essential for human beings."

Add ingredients above in a blender/or smoothie blender. Mix until smooth. Save in a container for up to five days.

Tip: Begin with arugula as the first item in the blender.