Police and the GBI are working to determine if one of the bodies is connected to a murder from July 9. Police arrested three in that case and charged them with murder.

HENRY COUNTY, Ga. - Police in Henry County and the Georgia Bureau of Investigation have been working around the clock since Monday when two sets of human remains were found near a grocery store. Investigators are trying to determine if one of the two bodies might be connected to an earlier crime.

Earlier in this week, investigators were called out to a wooded area behind the Spivey Junction shopping center near the intersection of Hudson Bridge Road and Oakwood Manor Drive near Stockbridge after the remains of two people were found. Crime scene investigators spent the day combing through the woods for evidence and removing those remains. They have yet to be identified.

The discovery has been the talk of the Henry County community.

"I definitely have a lot of questions. And, you know, that's someone that's a woman and I'm alone most of the time, I really have to be cognizant of my safety and just have to be aware of my surroundings more just because of this," said Darra Jackson.

Jackson has lived in the community for two years and has not heard of anything as disturbing as the discovery authorities made earlier this week behind this Kroger supermarket.

"Sad, shocked, because I frequent the Kroger here all the time, so it was just a shock to, you know, know something that could be so tragic, so close," said Melissa Hill. "I'm speechless, speechless."

Few details have been released in the investigation into the remains or why they believe it was connected to another incident on July 9. Details about that case are just as scarce, but what is known is that it happened at the Hudson Bridge Townhomes and that three people have since been charged with murder in that case. 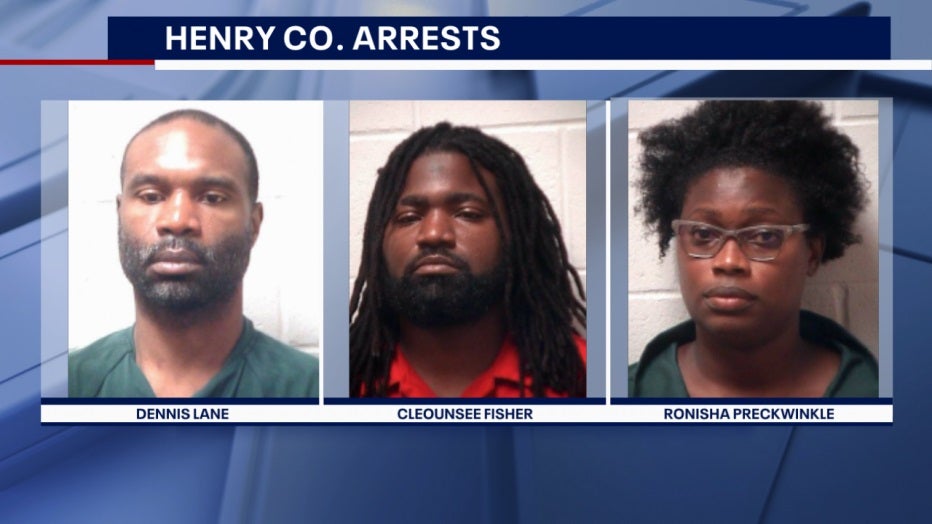 The name of the victim has not been released, but a post on the Henry County Police Department's Facebook page earlier this month confirmed a DeKalb County woman was reported missing on July 8. Investigators said she was murdered that same day. No word if they ever found her body.

Lane, Fisher, and Preckwinkle remained in the Henry County jail without bond on Wednesday.

Both cases remain under investigation.