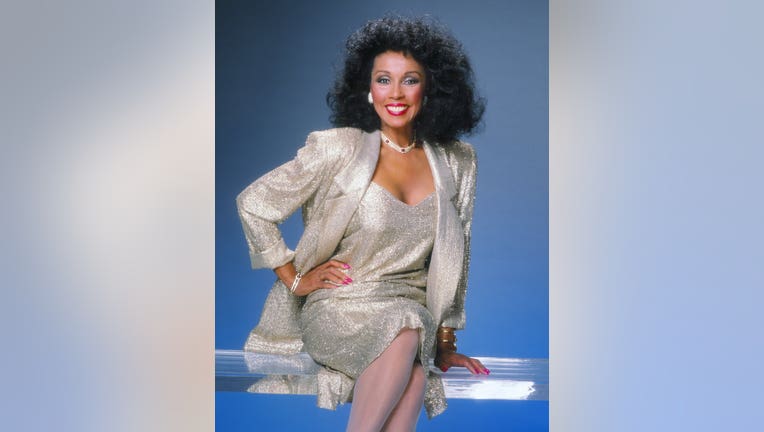 NEW YORK (AP) - At the poignant memorial service for Diahann Carroll, the Oscar-nominated actress was remembered for all the things that made her famous -- her glamour, her sublime talent, her beauty and her elegance.

But with each luminary and loved one who remembered her, what was also underscored was her role as a trailblazer -- the barriers she broke as a black entertainer and the doors she opened for so many more to follow.

"She was able to demonstrate what is possible, through hard work and commitment," said friend Laurence Fisburne, one of several who spoke to her legacy on Sunday at the Helen Hayes Theater. "Not just a passion for her art but a deeper yearning, a yearning to create something meaningful, something truthful, something deeply human, and something timeless."

Fishburne was joined by Cicely Tyson, Angela Bassett, Lenny Kravitz, Lynn Whitfield and more who memorialized her on stage; in the audience, those paying tribute included Phylicia Rashad, Vanessa Williams, Judith Jamison, Valerie Simpson and Jasmine Guy, who played her TV daughter in the TV series "A Different World."

Carroll died on Oct. 4 at the age of 84 after a bout with breast cancer. Her career spanned the decades, and she logged several "firsts" as a black actress, including the first to star as a non-servant in her own television show with the series "Julia," in which she played a widowed nurse raising a young son. It ran from 1968 to 1973.

She was also one of the handful of black women to be nominated for best actress at the Academy Awards for her role as a struggling single mother on government assistance who finds love with a sanitation worker in the 1974 movie "Claudine."

Her other roles included the fierce and fabulous Dominique Devereax on the 1980s soap opera "Dynasty," one of three sisters in the TV drama movie "Sister, Sister" and as the voodoo priestess in the movie "Eve's Bayou."

It was on that film where she and Whitfield worked together, but Whitfield remembered seeing Carroll decades earlier on stage when she was a girl --"my awestruck introduction to the stunning woman. Everything about her said, `It can be done."'

She wasn't the only one who wanted to follow in her glamorous footsteps. Dionne Warwick, who sent in an audio tribute, recalls the first time she saw Carroll perform; she spent the concert writing down notes.

"I wanted to be the same thing she was," Warwick recalled. "I was in class basically."

Warwick, who fondly recalled Carroll dubbing her "little girl," also remembered being chastised by Carroll one day when she went to the grocery store early in the morning, barefaced.

"Here's this most glamorous woman . and she wanted to know what I was doing . in the grocery store without makeup," she said, to the laughter of the crowd.

Kravitz, who lovingly remembered her as Aunt D, recalled growing up with Carroll in his house, hanging out with his actress mother, the late Roxie Roker, and other black celebrities at the time. What he didn't realize until later was "the impact they were having on our culture and our history."

"These were hardworking, disciplined artists, the best of the best, who had to deal with immeasurable obstacles," he said. "Diahann Carroll was a pioneer who forever changed the status quo, especially for women of color. The vision she had for herself set a precedent that still holds today. She saw the future, and it began then."

Tyson recalled a decadeslong friendship, and recalled her "incredible" sense of humor that was unexpected to some: "Did that come from the elegant, swellegant, Diahann Carroll? Yes it did," Tyson recalled.

Tyson went to see Carroll in her final days, and was shaken by how the star could barely talk, but said she was grateful she got to say her goodbye.

"I don't know what I would have done had I learned she had passed on if I had neglected to go she her. I consider that a special blessing," she said.

Tyson was one of several who read poems in her honor, including Angela Bassett, who performed "When the Great Trees Fall."

There were also musical performances, including "A Sleepin' Bee," performed by Tony-nominated actress Denee Benton, which Carroll herself performed in the 1954 show "House of Flowers." Dianne Reeves later performed "Black Bird," by Paul McCartney, which Carrol's daughter Suzanne Kay discovered was what her mother wanted played at her memorial service.

Kay said the song was fitting because Paul McCartney wrote it in tribute to black women during the civil rights movement.

When Kay went through her mother's belongings after the entertainer's death last month, she found a piece of paper with her mother's handwriting on it that read: "The world is better because of me, an American black woman, and most assuredly because I am woman."

"Some people might think that's arrogance," Kay said. "I don't think so. I think she always understood her value, our value, and she carried that with her, and I think that's why we all are here, that's why people loved her," Kay said.