JACKSON, Ga. - Deputies said they have arrested the driver and are looking for two passengers involved in an “active shoot-out” between two vehicles in Jackson Square Wednesday.

Butts County Sheriff’s Gary Long said the occupants of a red Jeep Cherokee and a Dodge Dakota pickup truck got into an argument while stopped at the intersection of 2nd street and Oak Street around 3 p.m.

The sheriff said the driver of the Jeep fled the scene to a friend’s residence at an apartment complex on Brownlee Road about two miles away after being shot in the arm. There, they called 911.

Police said the driver of the SUV was taken to a Macon hospital with injuries that were described as non-life threatening. 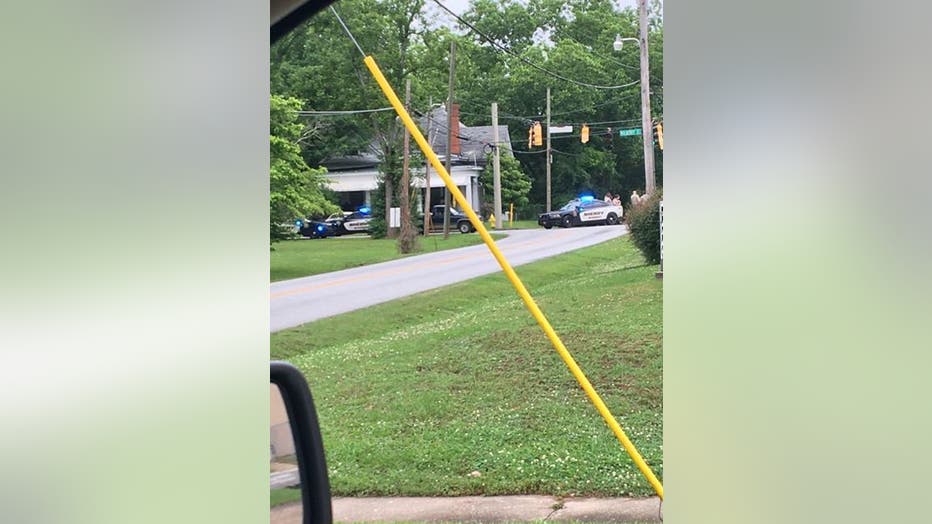 Deputies say a shootout happened in Jackson Square on May 27, 2020 (Jackson Police Department)

Both officers with the Jackson Police Department and deputies with the Butts County Sheriff’s Office responded. Sheriff Long said his deputies were able to locate the pickup truck, but the driver failed to stop, leading deputies on a short chase that ended at Mulberry Street and First Street in Jackson.

Deputies said two men, who were in the bed of the pickup, jumped out and ran from the scene. Deputies took the driver into custody as well as the pistol deputies said was used in the shooting.

“These types of crimes have been isolated throughout different neighborhoods in the City, but as of today, they took their violence to the square in Jackson. By the grace of God, no innocent bystanders were injured,” Sheriff Long wrote in a statement posted to the sheriff’s office Facebook page. 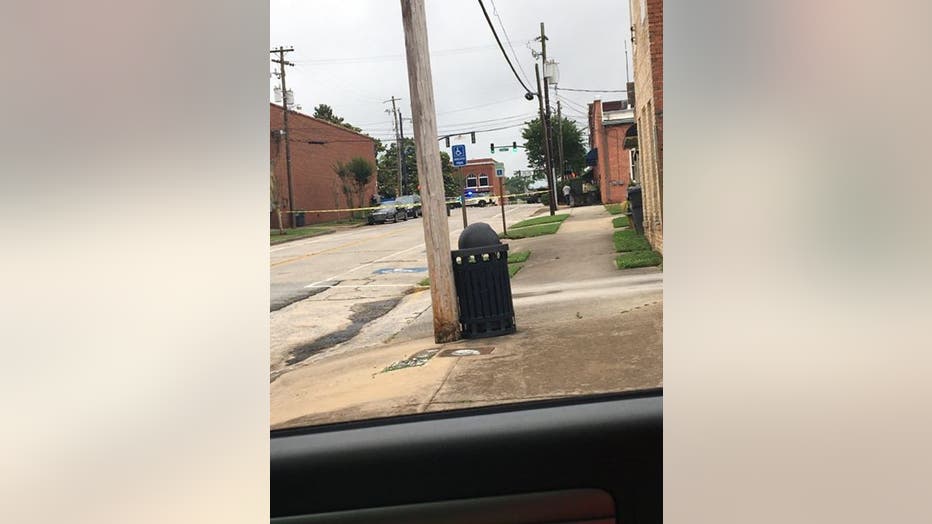 The location of a shootout that happened in Jackson Square on May 27, 2020. (Jackson Police Department)

The truck's driver, who was described as a male in his mid-20s to 30s, was arrested. The sheriff said they know who the two men who ran from the scene are and should have them in custody soon.

No word on what led up to the argument.