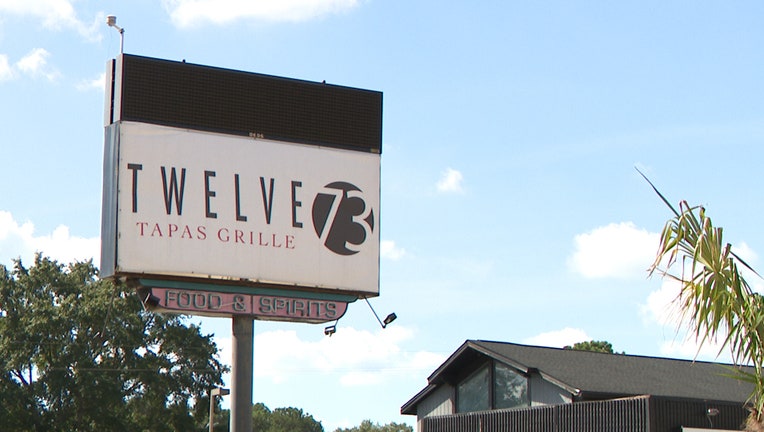 DEKALB COUNTY, Ga. - Police officers cited the owner of a Stone Mountain restaurant Wednesday night for operating without a license.

According to the DeKalb County Police Department, on October 4 the county's Planning and Sustainability Department notified Twelve 73 Tapas Grille that they had temporarily suspended both their business license and alcohol license.

"The letter lasts for 10 days currently, but it could be extended while the planning and sustainability group does an investigation to find out if everything is okay with their license or if they want to give it back to them," explained DeKalb Police Major Craig Medlin.

But less than a week later, DeKalb County officers, along with the DeKalb County Fire Marshal’s office, went to inspect the South Hairston Road restaurant after neighbors reported it was back open.

"When we got there, they were serving alcohol and when we arrived at the location and went through it, they also had a hookah bar that was operating, which is in violation of county police," said Maj. Medlin.  "So before we left, we cited them for not having a business license and for not having an alcohol license and with the fire marshal's assistance, we shut down the location."

Residents complain about nearby business

In just the last year, Maj. Medlin said the police department has received at least 36 noise complaints about the restaurant.  Neighbors claim what was supposed to be a restaurant has turned into a nightclub--complete with scantily-clad dancers--and they would like to see it shut down for good.

"These people [have] been warned over and over about the noise," said Joann Proctor, who lives in the subdivision behind the business. "They are disturbing the neighborhood and they don't care."

Proctor said many of her neighbors are elderly and are particularly bothered by the loud music.

Police shared social media posts by Twelve 73 promoting events this weekend and said they want people to know if the restaurant does open, it is operating illegally.

"We want the community to know they are not open," said Maj. Medlin.

They ask anyone who sees the restaurant operating to contact DeKalb County police.