An Atlanta-based startup is stirring up trouble for residents in one DeKalb County neighborhood. They say their neighbor’s home is being used as a room rental residence. A look at what PadSplit is and why it's become a nightmare for some residents.

DEKALB COUNTY, Ga. - An Atlanta-based start up is stirring up quite a bit of trouble for residents in one DeKalb County neighborhood, who say their former neighbor’s home is now being used as an illegal rooming house. Residents who live next door to one of hundreds of Padsplit rentals around the metro area told Fox 5 it’s been a nightmare experience.

Tara Duncan says she's been living next door to the home for the last two years.

Cellphone video taken by Duncan from inside her home gives just a glimpse into the commotion she says she’s been living next door to for the last two years. She and other Glenwood Forest residents said they’ve seen dozens of tenants come in and out of the home on Farris Drive since their neighbor sold it to another buyer before the pandemic. 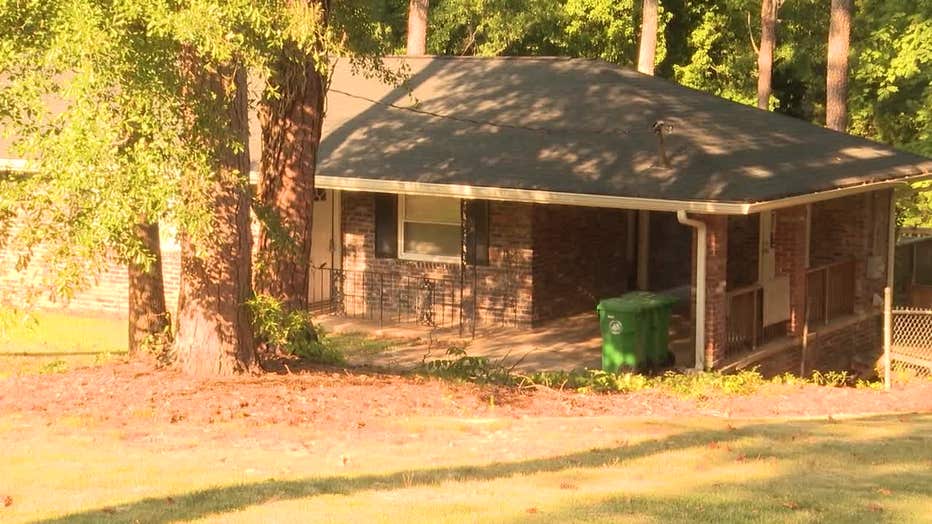 They said those tenants have continued to cause disturbances in the normally quiet community and it’s raising concerns about safety. The home is one of hundreds listed on Padsplit.com, a for profit company founded in 2017, that allows property owners to rent to tenants for periods as short as one week and rates as low as $139.

"You don’t know what’s going to happen from one day to the next … whether you’ll have good tenants or bad tenants," neighbor Robert Miller said.

According to the startup's website, the company's mission is to help solve the affordable housing crisis, but Duncan says they’ve created another one in the process. 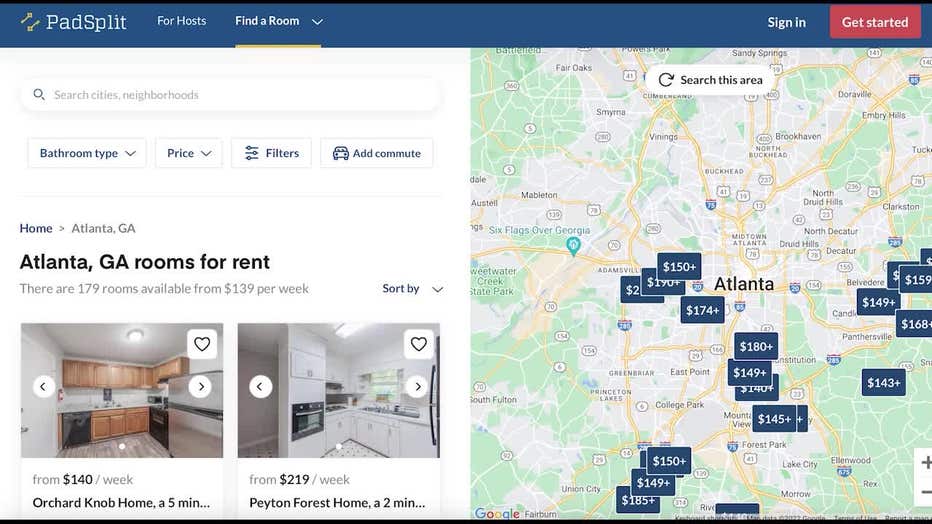 "With the increased foot traffic it has become a safety issue for me," she said. "I’ve had my car broken into, I have had trash spilled across my lawn, I’ve had people screaming and hollering. I work from home."

She tells FOX 5 despite dozens of calls to DeKalb County police and reports to DeKalb County code enforcement, she and her fellow Glenwood Forest neighbors say they haven’t received much help dealing the noise, trash and other disturbances.

"I’ve been living in this neighborhood now for about 44 years, and we haven’t had anything like this happen," Katie Clark said.

Duncan says attempts to reach Padsplit have been unsuccessful, which has her questioning whether the company is operating in the home legally.

Under DeKalb County’s Code of ordinances, the owner of a home within single-family zoning can apply for a permit to run a bed and breakfast or home stay, but boarding and rooming houses, homeless shelters, transitional housing and hotels are not permitted.

A spokesperson for DeKalb County confirmed that after an inspection of the Farris Drive property in October of last year, the county cited the owner, the case was bound over to the State Court of DeKalb County where it’s awaiting a court date.

When asked to comment, a representative for Padsplit provided a statement to FOX 5 Atlanta, which is included below:

PadSplit is the country’s largest shared housing marketplace designed for the workforce. Structured as a Public Benefit Corporation, our mission is to help solve the affordable housing crisis, one room at a time. PadSplit originated in 2017 out of a significant need, which has only grown more dire recently, to provide affordable and flexible housing options to the workforce and students. As rents rise dramatically in metro Atlanta, at even a faster pace than the national average, too many people are left without options and are forced into homelessness or other unsavory situations like living out of their car or paying egregious rates for exploitative extended stay motels.

As the nation’s affordable housing crisis only gets worse, PadSplit is designed to specifically address its two biggest challenges: a lack of supply and barriers to access. As such, PadSplit creates immediate housing options through single-family homes, and we reduce barriers to access since we do not require a credit score, security deposit or long-term lease.

As noted in the AJC, co-living is a growing trend for anyone looking for more affordable and flexible options.

Metro Atlanta has a serious shortage of affordable housing — so bad that staff of the Atlanta Regional Commission (ARC), the area’s planning agency, took 13 county commission chairs and mayors to Seattle in 2018 to show them what can happen when a housing shortage reaches the crisis stage and pushes people into homelessness.

"It’s gotten a lot worse since then," said Sam Shenbaga, who runs the ARC’s community development program. "We are in the midst of probably the worst housing situation we’ve had in our region in a long time.

The housing supply is so low in metro Atlanta that the region has "more real estate agents than we have homes for sale," Shenbaga said. "And what supply that is out there is priced on average so far above what the median household can afford."

Supply versus demand is a major part of what’s happening.

Our model is deliberately designed for the workforce, and we typically serve community workers like security guards, restaurant staff, retail workers, gig economy workers as well as teachers and daycare workers who are simply unable to find a place to live. The median income of our residents is $25K annually, and almost all of our residents are looking to save more money as a stepping stone toward greater financial stability.

In Atlanta, we’re proud to have more than 3,500 units and to have helped housed more than 7,500 individuals. To date, 95 percent of PadSplit’s members have improved their credit scores, while thousands of others established credit scores for the first time. Many members have saved enough to purchase their own vehicles, move into their own apartments, start their own companies and even purchase their own homes, which they then convert to PadSplits to begin the cycle for others.

As acknowledged by the Department of Housing and Urban Development, zoning laws are subject to a significant amount of interpretation, and they must comply with federal fair housing laws. PadSplit only operates in jurisdictions where we have a good faith argument for compliance. We cannot comment on any open legal proceedings.

PadSplit's mission is to help solve the affordable housing crisis through shared housing, which specifically addresses issues of supply and access. We always welcome working in collaboration with local cities and municipalities and showing them the benefits of our model or to address any concerns. A key part of this effort is to help municipalities modify their zoning code to free up safe, clean and regulated affordable housing units without the expenditure of taxpayer dollars.

We have worked in concert to develop our approach with several national partners, such as the Terner Center and Enterprise Community Partners, as well as local advocates in cities where we operate. We have met with HUD directly to inform how shared housing can be a part of the solution to solving the huge backlog facing Public Housing Authorities, and we are encouraged by their recent support of such approaches. We were also recently invited by the United States House of Representatives to discuss our model in more detail and to showcase the benefits of shared housing.

Unfortunately, as has been illustrated time and time again (see Color of Law), the history of zoning in the U.S. is rooted in discrimination, and it’s still a legacy we are forced to confront. Ultimately the question is whether you believe that the people who work in our communities also deserve an opportunity to live in our communities.

PadSplit provides guidelines that all its residents must abide by. Each resident agrees to these guidelines before they move-in. These guidelines are designed so residents can be courteous and respectful to their roommates, to the property owners and to their neighbors. There are instances where residents do not abide by these guidelines, and PadSplit intervenes in these instances to help mediate, or residents may also transfer, at any time, to any house in the PadSplit marketplace. Although it’s extremely rare, if there is ever any unlawful activity occurring in a home, PadSplit residents are instructed to call the authorities. And in certain circumstances, in abidance with local laws, there are instances that can result in an eviction being filed. At that point, the property owner cannot just remove the person from the property as the proper court proceedings must take place.

Unlike most other housing companies, PadSplit also provides a neighbor page so that neighbors may contact the organization if there are any issues. PadSplit is focused on being a good neighbor in the communities where we offer housing.

At the same time, we also fundamentally believe the people who serve our communities deserve an opportunity to live in them. Unfortunately, there are some people who believe that affordable housing should only exist in neighborhoods that are not anywhere close to their own.