A man is being credited for tipping off law enforcement officials to help end the manhunt for the suspect who opened fire on deputies serving a warrant, injuring two.

Officials said they pursued 38-year-old Edward Allen Gatling to a wooded area near Wellington Circle in Lithonia, near the initial incident. Law enforcement swarmed the area with weapons on Wednesday afternoon.

Gatling fired shots at officers, Maddox said. Gatling was hit by gunfire. Authorities attempted to save his life, but he died, Maddox said.

DeKalb County Sheriff's deputies were met with gunfire as they tried to arrest 38-year-old Edward Allen Gatlin on outstanding warrants of aggravated assault with the intent to murder. Two officers were injured in that gunfire. That shooting was caught on Ring camera. Gatlin initially got away, but later was killed in another gun battle with law enforcement.

No law enforcement personnel were injured in the shootout, Maddox said.

Someone from the community called to report a suspicious individual, which turned out to be Gatling.

"I'm just asking for the community to trust us," Maddox said. "They need to trust us and know we're here to do our job. Our job is to make sure the community is safe. We cannot do our job without the support of them, and thankfully that's what happened."

According to his arrest warrant, Gatlin is accused of shooting another Lithonia resident multiple times with a rifle after an altercation at a business on DeKalb Industrial Boulevard on Oct. 14.

The sheriff's office confirmed to FOX 5 that the shooting happened around 7:30 a.m. on Wellington Circle as the officers were trying to serve a warrant for aggravated assault with the intent to murder. Officials say the suspect shot through the door of his home, injuring the officers. Deputies did not return fire.

"I didn’t know what was happening," said resident Dwayne Armstrong. "And then you hear a big boom like they hit the door in. and then after that, you hear a bunch of gunshots—probably 25 shots."

Video taken by a resident's Ring camera in the neighborhood shows one of the injured deputies crawling to the front porch of the home and out of the field of fire.

"Living next door, I wouldn’t think nobody right next door would be accused of something like this," Armstrong said. 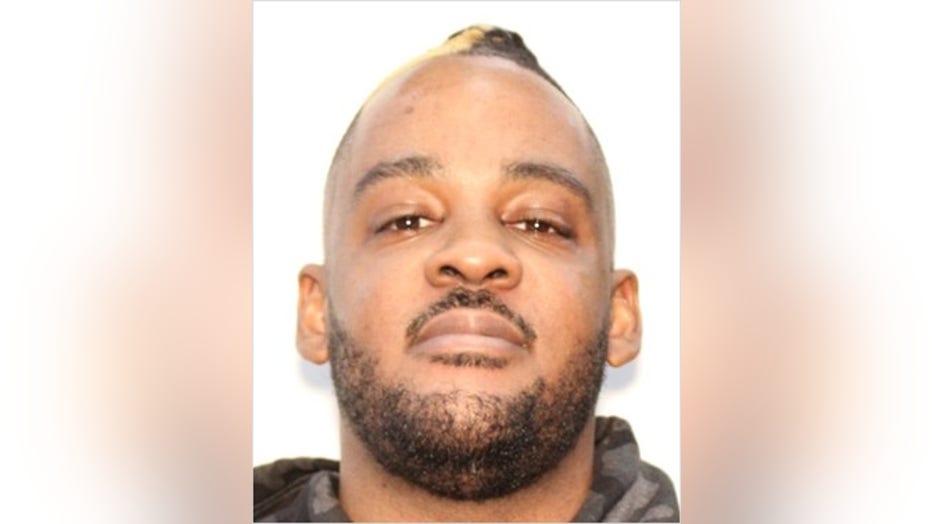 The deputies have been identified as Deputy Aaron Jackson and Deputy Ja'rad Hunt. Both are veteran deputies, DeKalb Sheriff Melody Maddox said while giving an update on their conditions.

"Mr. Gatling, Edward Gatling, I know you are out there, you will be brought to custody, you will be taken in. We will not tolerate this," Maddox said.

The DeKalb County Sheriff's Office says the public should be on alert after two deputies were injured in a shooting with a suspect. The gunman was still on the run at the time of the press conference.

Both of the deputies injured are "conscious and alert," Akies also said.

Investigators have blocked Covington Highway between Phillips Road and Panola Road as part of their investigation. Drivers and pedestrians should avoid the area out of concern for their safety. 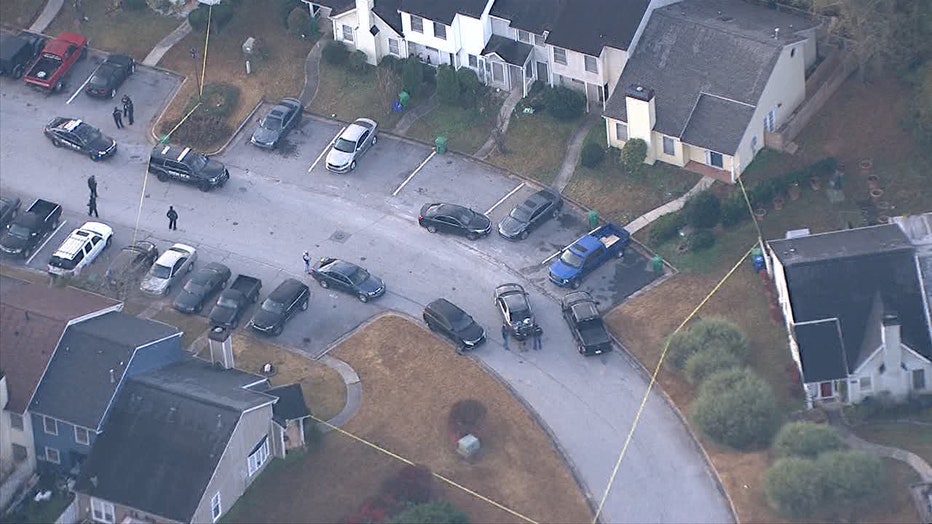