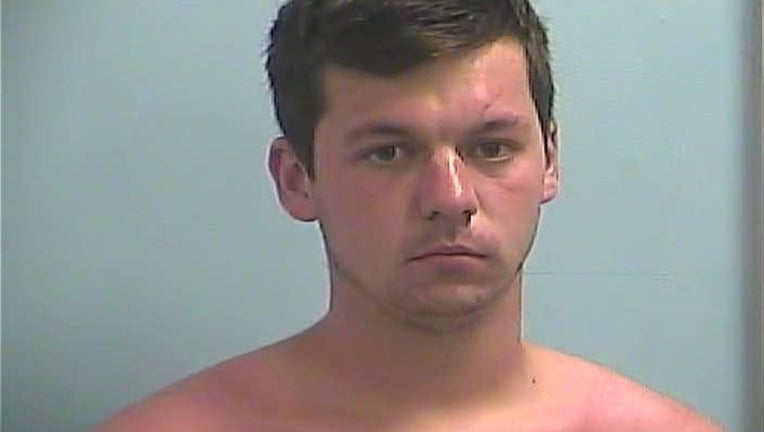 DAWSON COUNTY, Ga. - Deputies have arrested a 20-year-old man accused of beating up a 19-year-old in a fight at a Dawson County Applebee's.

Officials say deputies were called to the Applebee's on Bethel Drive in response to a fight around 10 p.m. on Monday.

When they got to the scene, the responding deputy found 19-year-old Kaleb Thomas Duckworth unconscious at the restaurant.

According to the investigator, 20-year-old Daniel Lee Roberts hit Duckworth in the face during a fight and knocked him to the ground.

"The assault caused severe laceration to Kaleb's face and injury to his brain," the responding deputy wrote in the warrant for Roberts' arrest.

According to the deputy's report. Duckworth suffered apparent broken bones and possible internal injuries as well.

It is not known what caused the fight or Duckworth's condition at this time.