MINNEAPOLIS (FOX 9) - The funeral service for Daunte Wright will be held Thursday in Minneapolis. Wright was shot and killed by a Brooklyn Center, Minnesota police officer during a traffic stop on April 11. The funeral service will be streamed live at fox9.com/live.

The service will take place at 12 p.m. CT at Shiloh Temple International Ministries at 1201 West Broadway Avenue in Minneapolis.

Rev. Al Sharpton will give the eulogy. Ben Crump, the Wright family’s attorney, and Wright’s relative’s will also speak at the ceremony. 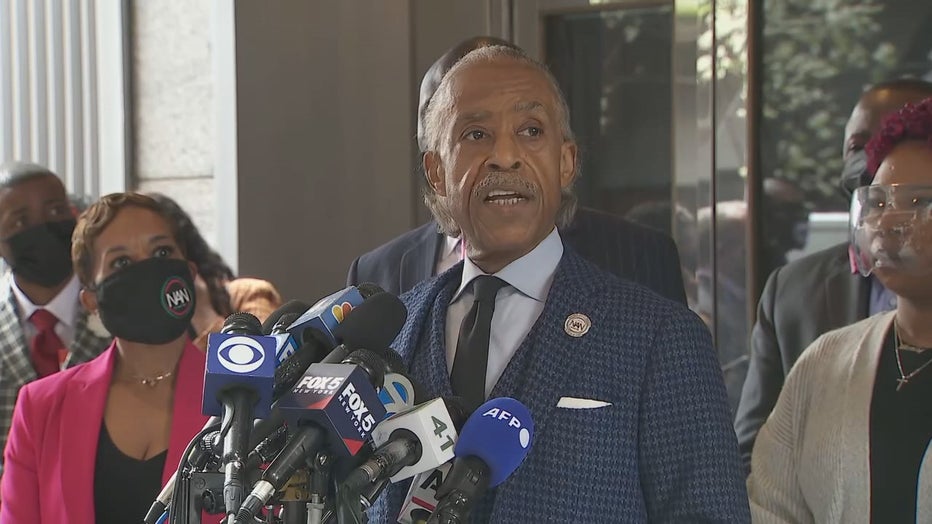 Rev. Al Sharpton talks about preparing funeral arrangements for Daunte Wright, who was shot and killed by police in Brooklyn Center, Minnesota.

Gov. Tim Walz is asking Minnesotans to take a two-minute moment of silence for Wright from 12:00-12:02 p.m. to mark the start of his funeral service.

"Daunte Wright was beloved by his family, neighbors, and community, and had his entire young life ahead of him. We mourn the loss of Daunte Wright, and as a state we offer our deepest condolences to the Wright family," Walz said in his proclamation. "We know that this tragedy is connected to the deep, systemic racism in our society that Black people in Minnesota and across the country face every single day. While nothing can bring Daunte Wright back to his loved ones, we must continue to work to enact real, meaningful change at the local, state, and national levels to fight systemic racism so that every person in Minnesota – Black, Indigenous, Brown, or White – can be safe and thrive. We must be steadfast in our accountability to change from the top to the bottom, and not rest until we create a different future for Daunte Wright’s son, and every other child like him."