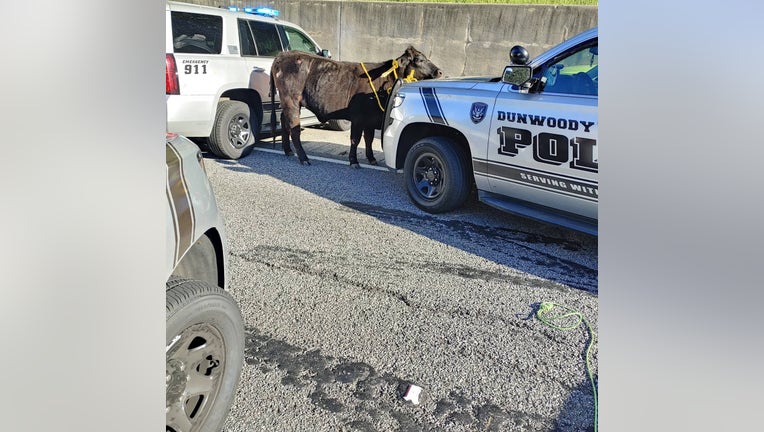 DEKALB COUNTY, Ga. - A traffic jam in metro-Atlanta isn't usually remarkable, but this one is.

Police said the cow fell out of a trailer and began running down the interstate. With the assistance of a citizen with a rope, officials said officers were able to safely capture the cow and get it back to its owner 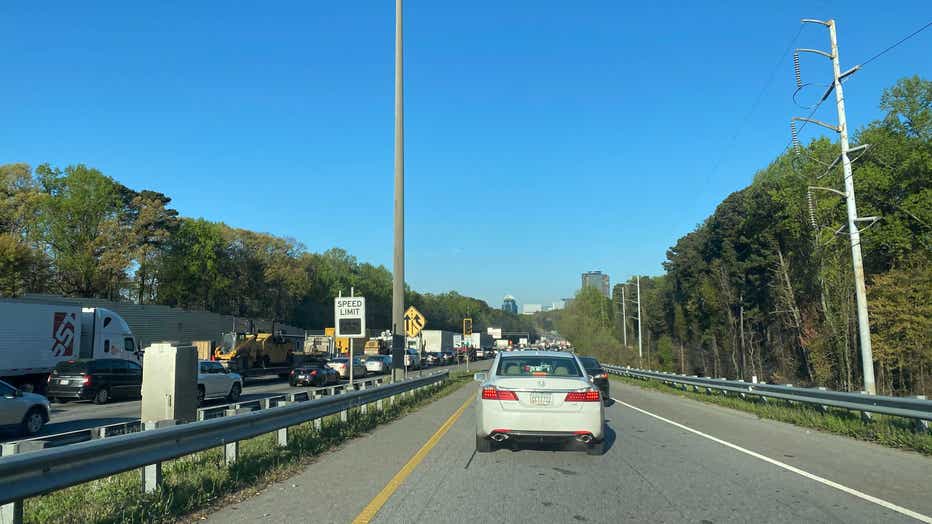 The right lane on I-285 near Ashford-Dunwoody Road in DeKalb County was closed, GDOT said.

An update at 10:27 a.m. said the road is expected to be cleared by noon on Saturday, officials said. Lane approached normal speeds shortly after the announcement.