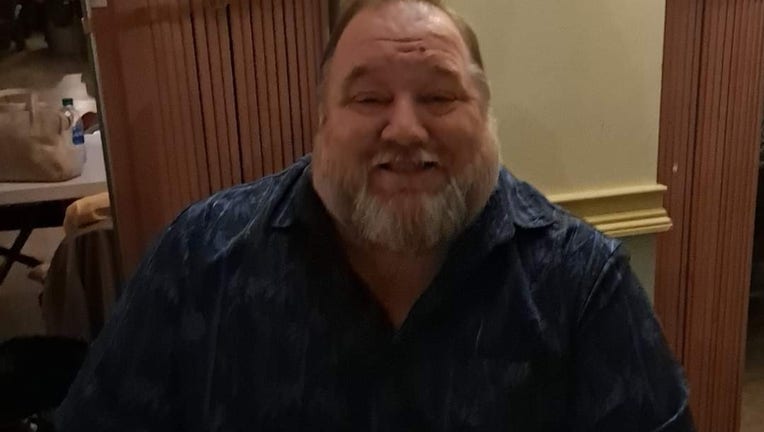 Jeff Adams, 56, says he was one of 18 friends who sat together at a dance in August. He says 11 contracted COVID-19 and 4 died. Unvaccinated, Adams spent 88 days fighting for his life in Piedmont Rockdale Hospital. (Jeff Adams)

ATLANTA - In a photo taken in early August, Jeff Adams of Covington, Georgia, is smiling.

After months of social distancing and staying close to home, the 56-year-old had joined friends whose band was performing at the American Legion in Conyers.

"I didn't shake hands, and I didn't hug anybody," Adams remembers.

He sat at the band's tables for about three hours that night.  He suspects that's this is where he may have caught COVID-19.

The industrial trades instructor at Georgia Piedmont Technical College had two health issues that raised his risk of becoming severely ill from a COVID-19 infection.

Still, Adams chose not to get the COVID-19 vaccine.

When a blood test in July showed he had antibodies that indicated a prior infection, he says, he assumed he did not need to get vaccinated.

"I can tell you conclusively that is the worst decision of my life," Adams says.  "I'm a person who has never been sick much at all in my life, and I thought I didn't have to worry about it.  But, boy, was I wrong.  I was terribly wrong."

Because, within days of the dance, Adams says, he was so sick, he was delirious.

His mother and daughter convinced him to go to the emergency department at Piedmont Rockdale Hospital.

"I was very near death, shortly after I got to the hospital," Adams says.  "I had waited too long, but I don't even remember that.  There is about a 6-week period of my life, beginning on August 8th, that I have no memory of at all.

Piedmont Pulmonary critical care physician Dr. Shimool Rabbani says Adams was one of the sickest patients he has treated over the last two years.

Dr. Rabbani explained to Adams that he was in acute respiratory failure, and may need to be placed on a mechanical ventilator in the ICU.

"He was scared, but he understood what we said, and he was accepting of what we said and wanted to keep fighting," Rabbani remembers. 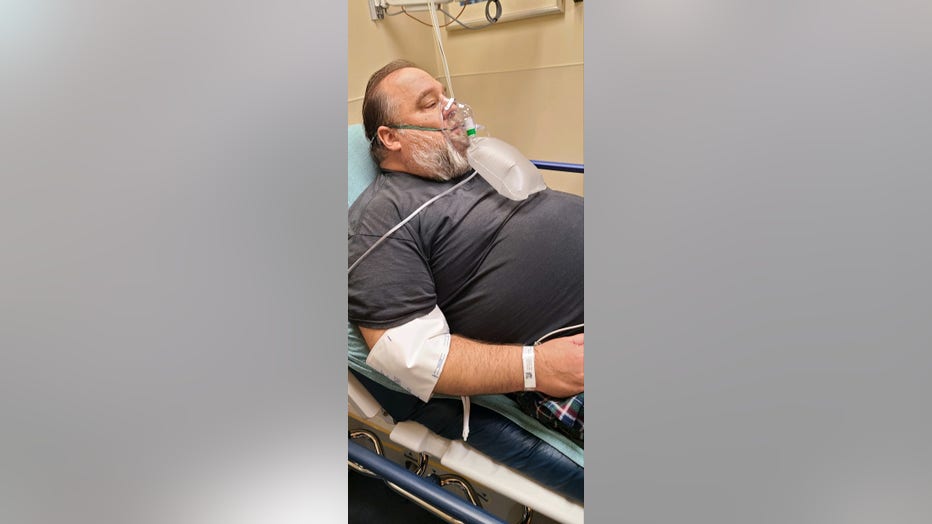 "I've spent 88 days in the hospital," Adams says "I've had to resuscitate five different times.  I was on a ventilator for five weeks and in a coma for five weeks, and I came as near death as anybody."

When he finally came off the ventilator, after two months, Adams posted a video on his social media for his family and friends.

"I just wanted everybody to know that I'm still alive," Adams says, his voice raspy and weak. "And, I love all of you."

Even then, he says, he was not sure if he would make it.

"There was probably a 6- to 8-week period of terrible pain, I mean excruciating pain," he says. "I couldn't get out of bed. I couldn't walk. I could barely speak."

Dr. Rabbani estimates about 95% of the ICU patients he has treated were unvaccinated, like Jeff Adams.

Still, even with all the complications he endured, Adams recovered and is now back home.

"He's a great story that made a significant turnaround," Rabbani says.  "But, there are tens more who did not make that turnaround, unfortunately."

"I can walk a limited amount," he says. "I can get in and out of my hospital bed, I have a medical bed at home.  I'm receiving home healthcare and coming to the hospital once every two weeks to have a surgery wound addressed."

But, Adams grateful to still be here.

"So ever since I've regained consciousness and could speak, I've told everybody I can to go get the vaccine, because it's that important," he says.