The airport atrium has never looked like this. The reason seats have been removed or covered is two-fold. It is an attempt to keep homeless individuals whose health or hygiene may be compromised from laying out in the airport. 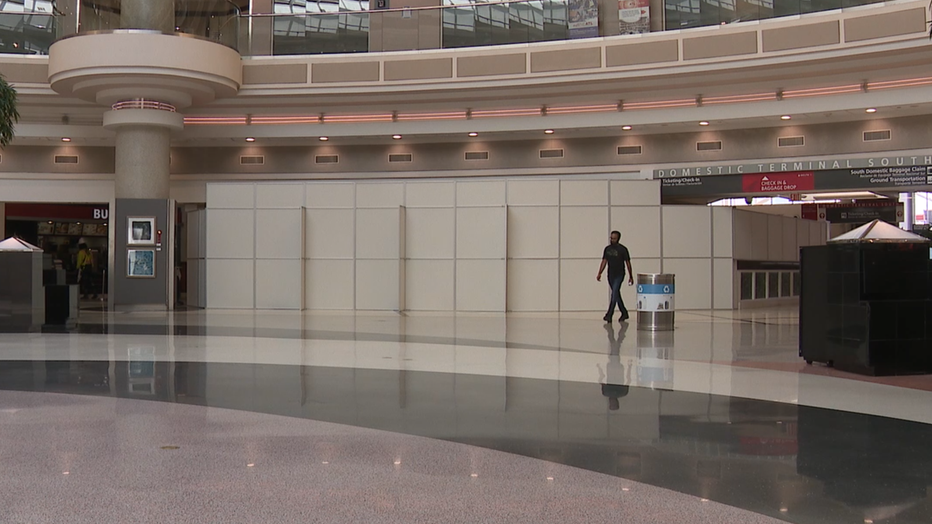 Councilman Antonio Brown, who has taken a special interest in the airport, also says it was impossible to keep passengers at a safe distance from one another given the layout of the seating area.

In addition to the atrium, seats have been removed on both the north and south sections of the main terminal.

John Selden, the general manager, says on some nights there are as many as 300 street people seeking shelter at the airport.

The councilman believes he may have a plan to alleviate the homeless concerns.

Brown says there soon will be a therapist at the airport for screening.

"We will give the men and women a choice," Brown said. "If they are showing any symptoms, they will be directed to an isolation hotel. The alternative will be to offer them a safe shelter."