GWINNETT COUNTY, Ga. - Videos of Mountain View High School students using the n-word have circulated online, and now some parents have called for more diversity and inclusion curriculum at the school.

FOX 5's Alex Whittler spoke to one parent who says she was disappointed to see students her daughter knows use racist language. She says the words shouldn’t have been said, let alone recorded and she believes issues like this are preventable.

It sounds like immediate acknowledgment that what was said in that video could cause a firestorm of reaction.

Some parents, like Kamisha Hayes, say they want the school to invest in cultural competency training.

"What I’ve heard about people not wanting that curriculum in school is to ensure that children don't feel bad about the past but what about the past that's in the present right now that is hurting our kids," she said.

Hayes says her daughter showed her the videos this week. At that point, school leaders had already been notified.

"It as created a hostile environment and it is not an isolated incident, unfortunately," Hayes said. 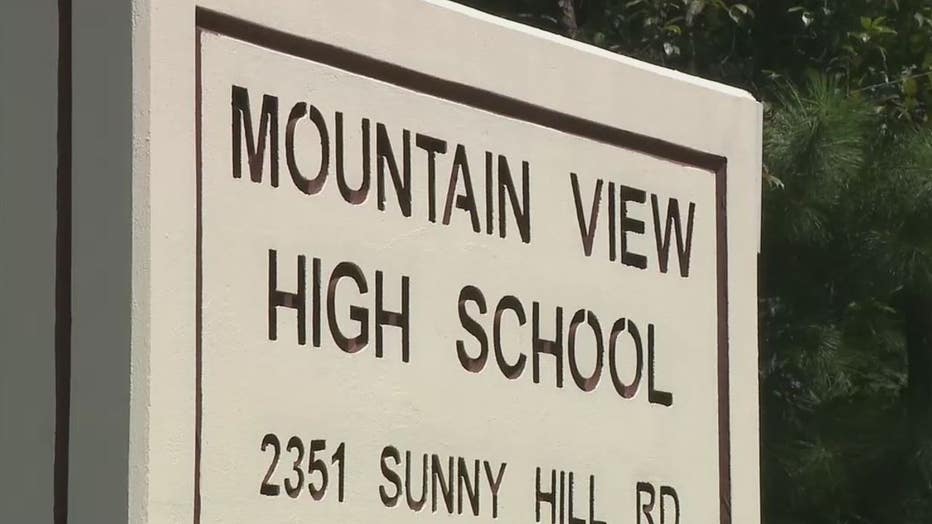 An alert on the Mountain View High website from the principal says in part that school leaders are "aware of these videos and are investigating and will take the sternest action authorized by law against anyone who engages in disrupting our school."

It ends by with "[p]lease know that we are taking this very seriously as racism has no place in our school."

That message also warns anyone who retaliates against the students in the videos.

"Is that enough to you?," FOX 5's Alex Whittler asked.

"No. It's not enough," she said. "To me it sounds reactive. The email said they'd address it... but more so that email is in reaction to student retaliation."

"Bullying they have zero tolerance for, get into a fight you can be expelled. To use a racial slur," she said, "To me, yeah, they probably do need to be expelled."

The videos are less than 10 seconds each, but Hayes says she hopes the students who created them learned a lifelong lesson.

"If I had a message for them it'd be don't be sorry that you got caught. Be sorry and have a change of heart so we can all have inclusion," Hayes said.

In 2020 About 65% of the population is evenly split between Black and Latino students. Twenty% are Caucasian, another 11% are Asian or Pacific Islander and 4% identify as multiracial.