ATLANTA - Another front is moving across the nation, bringing another round of unprecedented winter weather in already hard-hit areas. While they are battling snow and ice, most if not all of Georgia will just stay wet through Thursday evening as the front moves through the state.

The temperature across most of north Georgia is expected to remain above freezing overnight, in the upper 30s, and in the mid-40s as the high on Thursday as the front pushes through.

After some sunshine today, clouds and rain will roll back in tonight and thru the day on Thursday. Heavy rain is likely and flooding is possible. Here is the latest update. 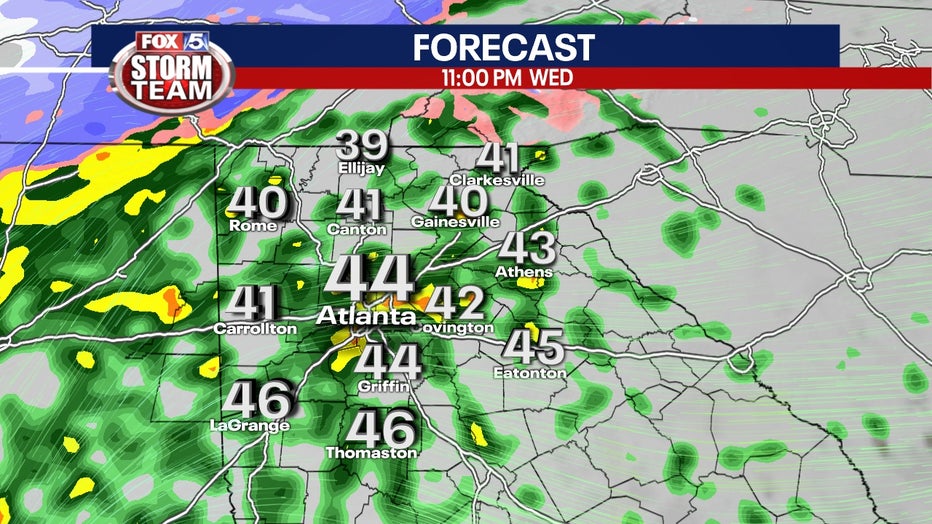 Right now, FOX 5 Storm Team Chief Meteorologist David Chandley is not expecting any travel issues as the rate of rain and warming temperatures should prevent any slick spots on area roads and bridges. 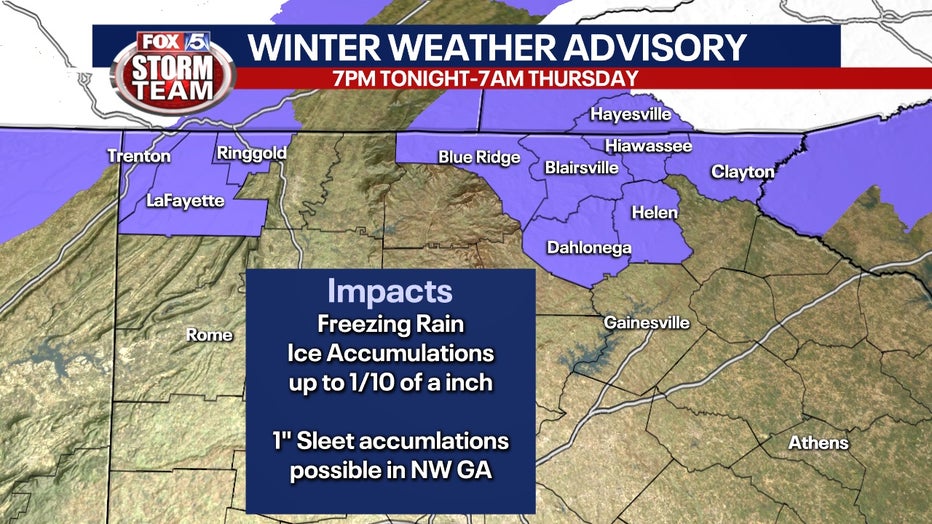 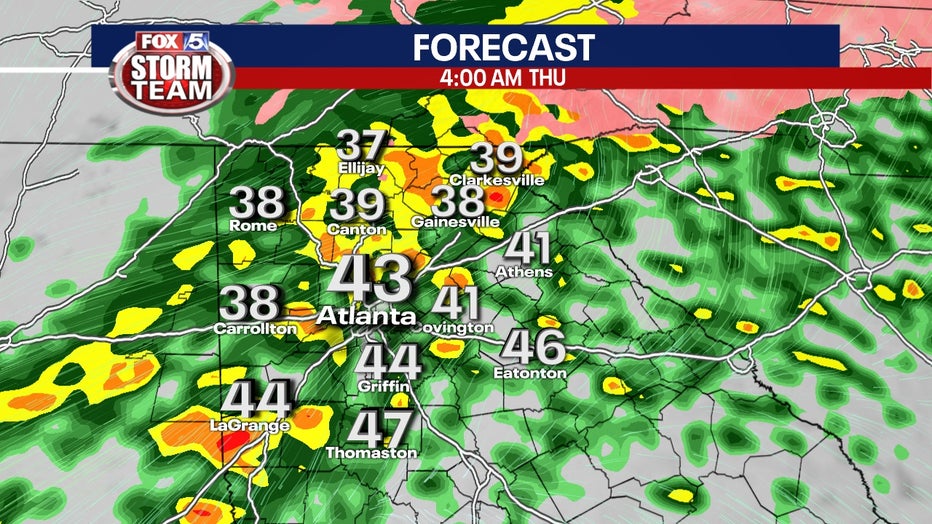 \But the real concern is that the majority of the state is just going to see rain. About one to two inches of rain is expected in the next 24 to 48 hours, with some localized areas seeing even higher amounts. 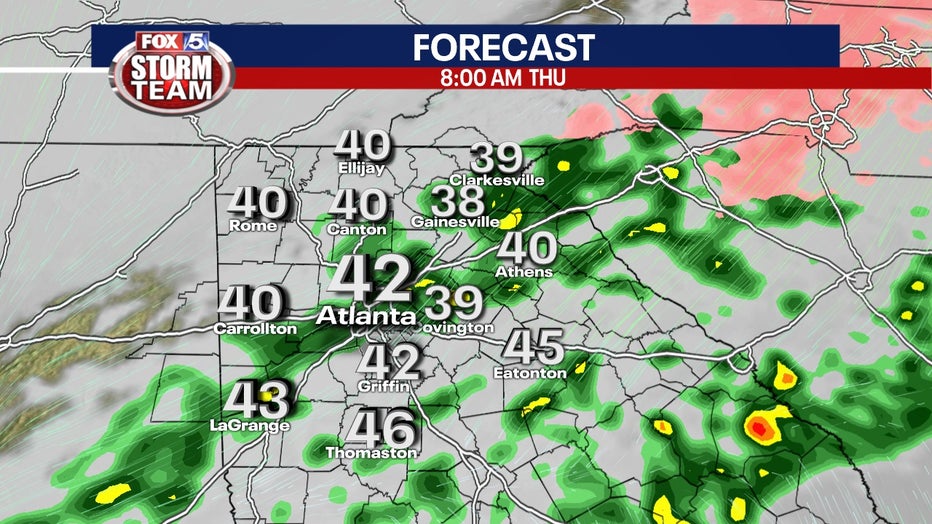 That, compounded with the already saturated ground from recent rounds of rainfall is creating the potential for flash flooding and flooding of low-lying areas. Many creeks and streams are already filled to their banks. 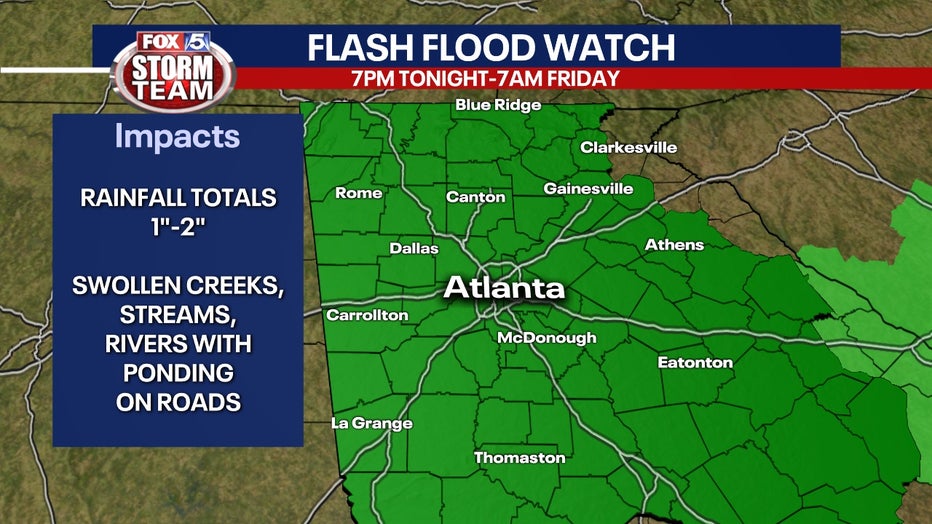 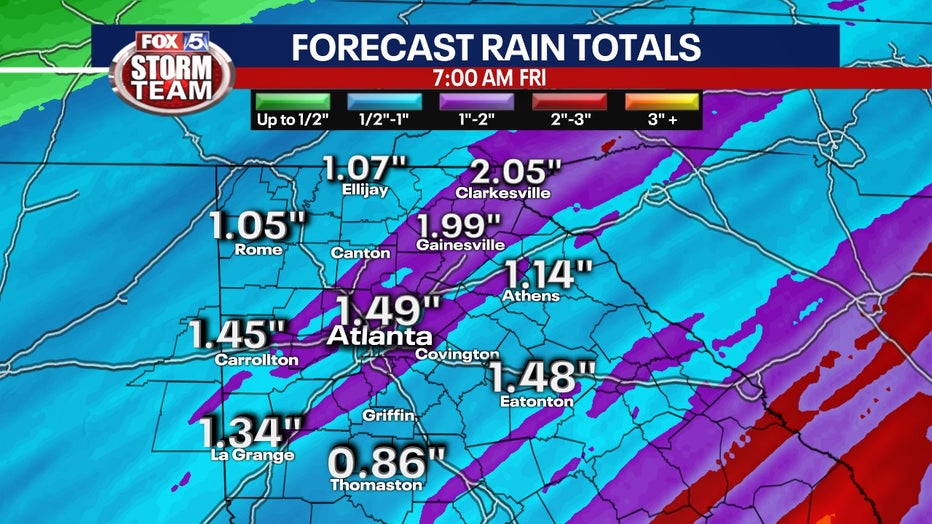 Thursday, expect periods of heavy rain and some scattered thunderstorms to move through the state. Some of those storms could even turn severe with the biggest threat from damaging straight-line wind gusts, but an isolated tornado cannot be ruled out.

Thursday evening, after the majority of the front moves through, some portions of north Georgia could see a rain-snow mix into Friday morning, but any accumulation would be minimal at best due to temperatures being above freezing all-day Thursday. And again, that would mostly be the extreme north Georgia areas.