POWDER SPRINGS, Ga. - The first time 16-year-old Khalil Payne picked up a cello, he says he felt an instant connection.

A Georgia high school sophomore is about to experience a once-in-a-lifetime musical opportunity ... for the second time.

“I’m going to try to find a good analogy,” Payne says. “It’s like, for the first time, when you finally find your favorite flavor of food.”

Payne was a rising sixth-grader then but says he knew instinctively that the cello could take him anywhere.

“You could say it’s almost like another world. When I start playing, I actually feel the music," he said. "Because it’s one thing to just play an instrument, and it’s another to make and feel music.”

Last year, as a freshman at Cobb County’s McEachern High School, the cello took Payne to one of the world’s most famous stages.  With several classmates, he performed at New York’s Carnegie Hall, through the Honors Performance Series. Payne said getting the news that he’d been chosen for the trip was the happiest he’d ever been — and if he was happy, Nadine Payne was ecstatic.

“Lord, tears started streaming down my face. I couldn’t believe, I had to turn around and look. I said, ‘Oh my God, we’re really here,'” she says.

Nadine Payne is Khalil’s biological grandmother and adoptive mother. She’s taken care of Khalil most of his life, even before his mother — her daughter, Janice — tragically passed away.

“When he plays, when he plays his music, he visualizes his mom is standing right there and listening to him,” she says. 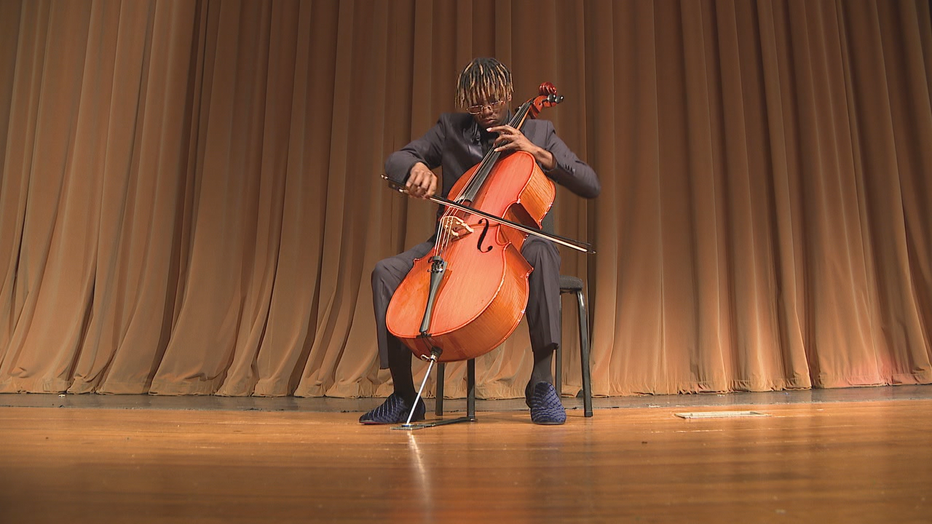 Thanks to help from the community, Khalil Payne is heading to Carnegie Hall later this month.

And perhaps Janice was listening this year when, with a second chance to play at Carnegie Hall, the family was faced with travel expenses of more than $2,000.

Thanks to donations from the community, Khalil Payne will be going to New York later this month. And even though it’ll be his second time there, the musician says he won’t take a moment of it for granted.

“When I had just started playing, there was people that would say, ‘One day you’re gonna be a Carnegie Hall’ or things like that to encourage me.  And I’ve actually made it to be at Carnegie Hall…And I actually felt like I belonged there."