TYBEE ISLAND, Ga. - Four people had to be rescued Wednesday after the Coast Guard said their boat sank near Tybee Island.

The Coast Guard received a report of a 17-foot vessel sinking in the surf a little before 11:30 a.m. Wednesday. 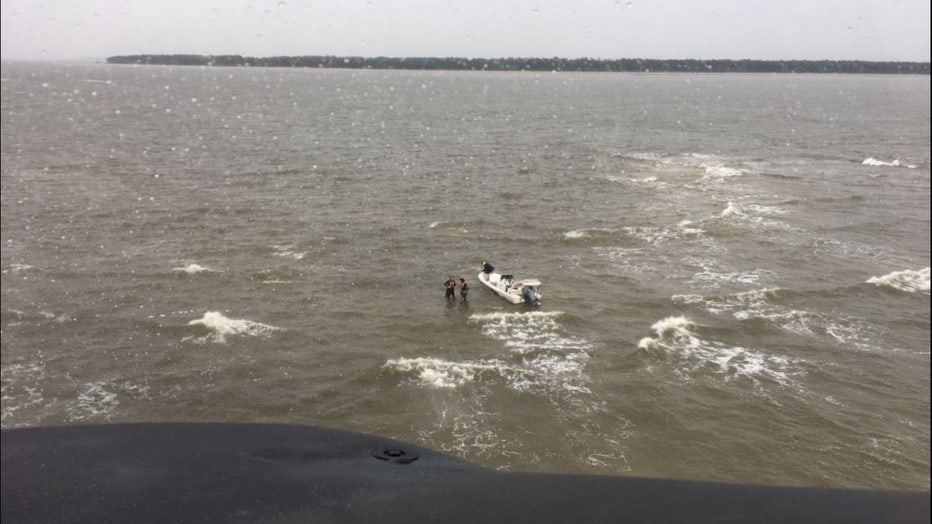 Coast Guard crews were dispatched to a sinking boat call off of Tybee Island on May 20, 2020. (U.S. Coast Guard District 7)

An MH-65 Dolphin helicopter was deployed from Air Station Savannah and a 29-foot Response Boat crew was launched from Station Tybee to assist.

The helicopter crew was able to locate and hoist the boaters from the water around 12:12 p.m., the Coast Guard reported. 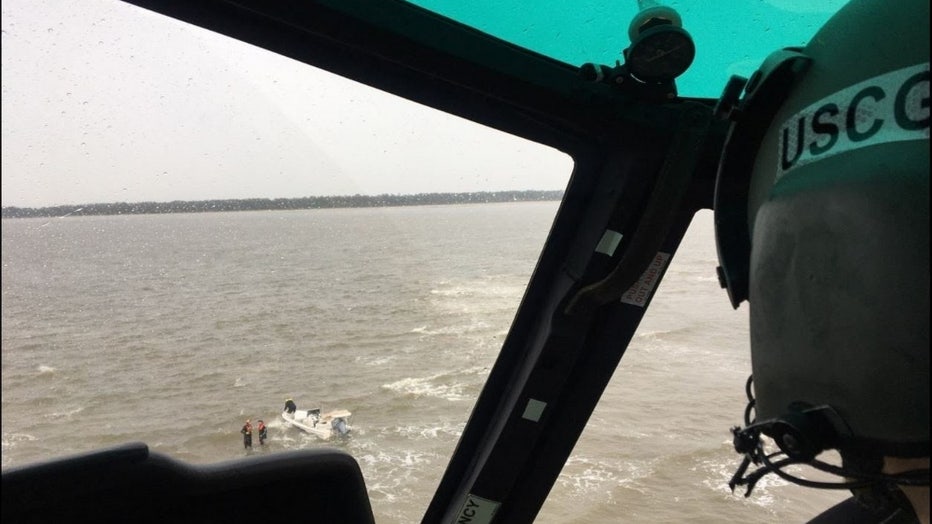 Four boaters were pulled out of the water off of Tybee Island after their boat sank on May 20, 2020. (U.S. Coast Guard District 7)

All were taken back to Air Station Savannah and were said to be in good condition.

The owner of the vessel said they plan to salvage the boat.