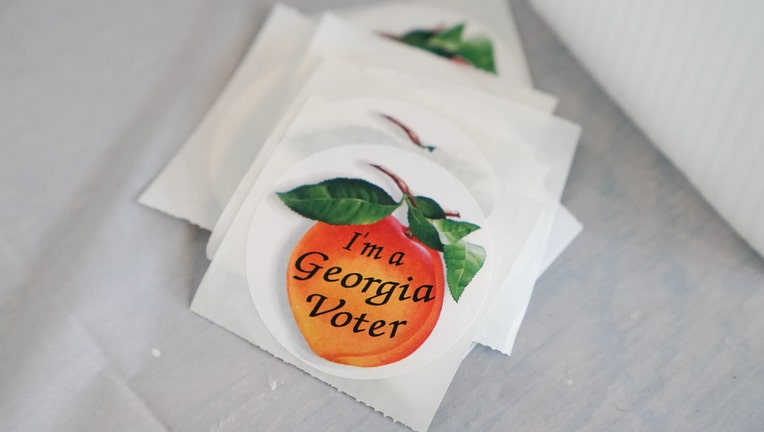 ATLANTA, GA - JUNE 09: A stack of "I'm a Georgia Voter" stickers are seen at a polling location on June 9, 2020 in Atlanta, Georgia. (Photo by Elijah Nouvelage/Getty Images)

ATLANTA - Atlanta Mayor Keisha Lance Bottoms issued an executive order Thursday which will allow City of Atlanta employees to take leave in order to serve as a poll worker in the upcoming elections.

In a statement sent to FOX 5, Mayor Bottoms said the decision was made in an effort to reduce challenges voters faced in the most recent election:

"While the City of Atlanta is not responsible for administering elections, we are committed to doing all we can to diminish the challenges voters experienced during the General Primary in June. This Order provides an opportunity for City employees to participate in helping to protect the constitutional right to vote during one of the most historic elections of our lifetime.”

SEE ALSO: Inside the Vote: Being a poll worker in Georgia

Richard Barron, Fulton County Elections Director, says the problems reported at the polls during the June primary have inspired more people to get involved.

"I've been doing this for 20 years. I've never been through anything like that--where you're losing polling places and poll workers by the day, you can't get people to work early voting," Barron said. "One of the silver linings from June is that we have more than enough people that are willing to step in and work."

Fulton county will need close to 2,900 poll workers for the November election.