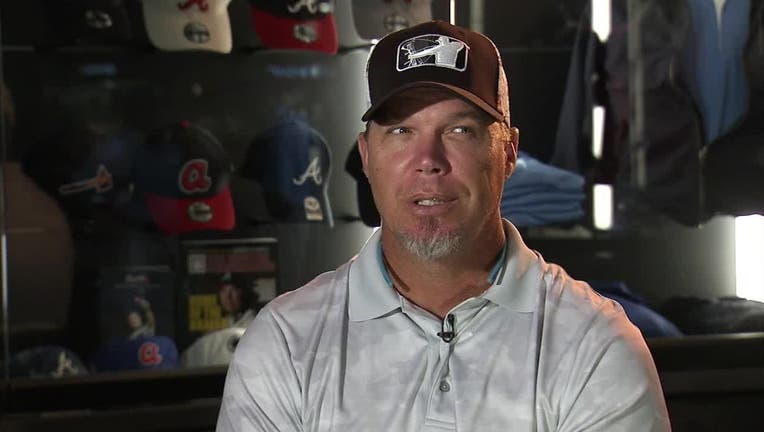 ATLANTA - Expect to see Chipper Jones a bit more around Triust Park this coming season. The 48-year-old Hall of Famer has been hired by the Braves to the major league coaching staff as a major league hitting consultant.

He has been working with the Braves as a special assistant to Baseball Operations and broadcaster with ESPN.

Jones has made comments in the past to FOX 5 Sports about coaching or even managing a team in the future.

Manager Brian Snitker’s coaching staff including hitting coach Kevin Seitzer and assistant hitting coaches Jose Castro and Bobby Magallanes. Jones will be with the team for at least some portion of spring training.

The Braves’ pitchers and catchers are scheduled to report to spring training on Feb. 17, followed by position players on Feb. 22.

The eight-time All-Star and the 1999 National League MVP retired in 2012, but not before becoming the franchise leader in nearly every offensive category.

Jones is the only switch-hitter to hit at least .300 for his career with 400 or more homers.