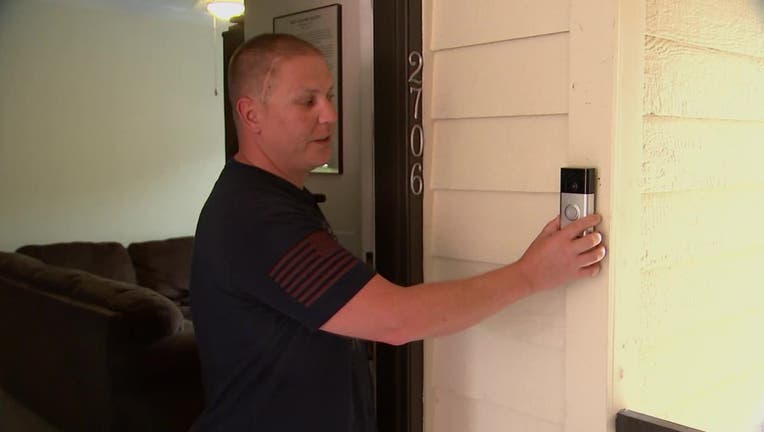 HOUSTON - Days after a maintenance crew removed a Ring doorbell from Derek Gray’s home at Las Palmas Apartments, he was arrested—charged with terroristic threatening. That charge has been dropped six months later. The judge cited a lack of proof as the reason for dismissing the charge.

Gray was arrested on May 25 after his next door neighbor called the constable’s office. In the criminal complaint Gray was accused of threats including, “something will be happening to her very soon,” “I got guns,” and “she’s going to get what she’s going to get.”

The judge dismissed that complaint November 21, according to court documents.

Gray is a disabled veteran with PTSD. He says he uses the Ring doorbell to keep peace of mind and safety in his home. Gray tells Fox 26 he has since moved to a new community that allows Ring cameras.

”I can finally have some peace and attempt to return to normalcy in my new place,” said Gray. “Despite my disability I stood up to child abuse, asserted my rights and the rights of others to safety and security via my Ring video doorbell system, I stood up to toxic apartment management protecting a child abuser by abusing a disabled veteran—everything the citizens of Houston would expect from a veteran.”

Gray said his Ring camera captured the next-door neighbor possibly abusing her children early in 2019. He told FOX 26 he was arrested after he showed that video to the media and the woman’s ex.

According to the notice placed on Gray’s door from the apartment complex in southeast Houston, the reason the Ring doorbell was removed was because Gray‘s doorbell camera was “disturbing or threatening the rights, comfort, health, convenience and safety of others.”