One on One with the City of South Fulton's mayor-elect

Khalid Kamau upset a veteran politician and was elected at the City of South Fulton's second mayor.

SOUTH FULTON, Ga. - He was once a MARTA Bus driver, but now Khalid Kamau will lead the City of South Fulton as its mayor.

Kamau said there will be dramatic changes in the state's seventh-largest city.

"My vision for this city is to build better, invest more in younger people and seniors and change our image to rebrand, rename and remarket our city," the 45-year-old proclaimed.

Kamau said he has spent a lot of time educating residents over the years on the system and how it works. 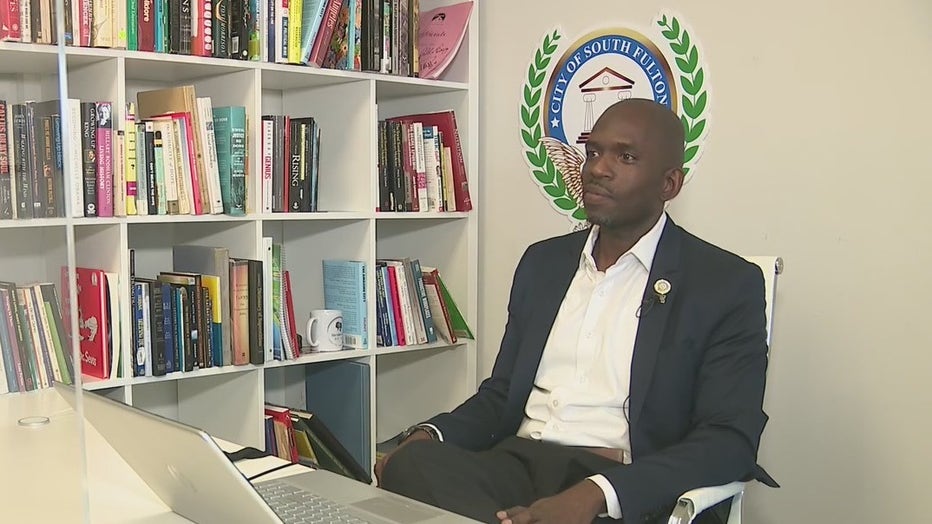 South Fulton Council Member Khalid Kamau will be the city's next mayor. (FOX 5)

The former Black Lives Matter organizer said he hopes to increase the communications budget to better inform residents on their government.

"Change is often scary, what I want our employees to know is this will be the most exciting city to work in America, Kamau said with enthusiasm.

Kamau said he wants to dispel a lot of myths. He said he does not hate white people, is unapologetically Black, and is prepared to lead all of South Fulton in a progressive direction.

He is promising lots of change.

"At some point, we will have to rename ourselves," Kamau explained.

More than 108,000 residents call The City of South Fulton home.

Kamau expects to be sworn in at the beginning of the year. The Tri-Cities High School, Ithaca College graduate said he is anxious to get started.

More than 11,000 voters returned for the November 30 runoff.