GWINNETT COUNTY, Ga. (FOX 5 Atlanta) - A Gwinnett County couple compared it to an earthquake. A car plowed into their home, sending dishes and office supplies flying off of shelves.

Jim and Mary Pappas were sitting just feet from where the red SUV rammed into their home on Firefly Court early Monday morning.

“We thought somebody just blew our house up, it sounded like an earthquake or bomb going off,” Jim Pappas told FOX 5 News.

He used plywood to cover the gaping hole that leads to their basement, out of fear of what now could get in.

The homeowners said this isn't the first time reckless driving has damaged their property; it happened five years ago to their parked car.

But this time is different for the couple, who says damage to the place where they sleep, takes the danger to a new level.

“We could've gotten killed this morning,” Pappas said. “If it would've been a pick-up truck like mine, we wouldn't be here today.”

Neighbors are equally as concerned, telling FOX 5 News people treat the streets like a speedway.

"This is the Indianapolis circuit,” Ken Gordon said. "Anybody that has a family understands you got to be concerned about what's going on, not just your kids, but everyone else's kids."

"Residents that come through here, they speed a lot,” Howard Achoe agreed. "The speed limit is 25 mph, and they're doing about 50 to 60 sometimes even 80."

Gwinnett County Police officers cited the driver for no license and a stop sign violation.

A family member of the driver told FOX 5 News, he was taken away in an ambulance after the crash; he suffered a cracked rib but now is recovering at home. 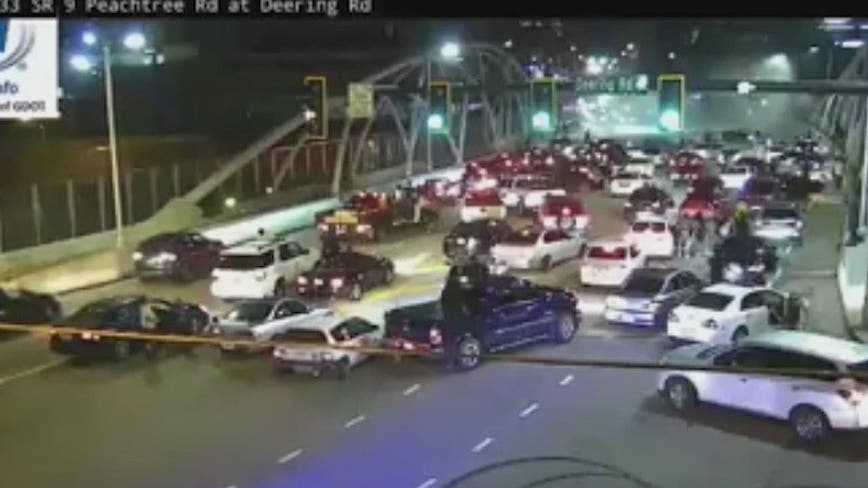