California Gov. Gavin Newsom is asking film and television studios to stop filming in Georgia. He points to the state's restrictive abortion politics.

In a full-page, spread advertisement in a Hollywood-based industry magazine, California Gov. Gavin Newsom called on film and television studios to stop filming in Georgia.

"Hollywood: Your values, Your choice."

"California is the best place in America to create. For 100 years, we’ve been the home for storytelling and storytellers. Together we built a creative community that includes unrivaled cast, crews, craftspeople, infrastructure, and technology. Robust tax credits and other incentives. The best culture," the ad says. "Most importantly, we share your values. So now, it’s time to choose."

Newsom is pushing for legislation in California to extend the film industry tax credit through 2030. The bill would provide $1.65 billion in tax credits, or $330 million per year. 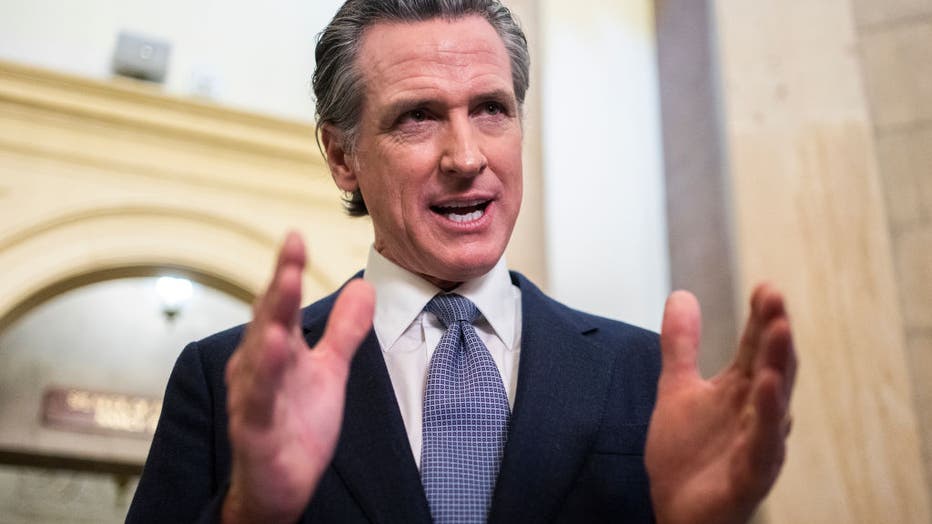 "As other states roll back people's rights, California will continue to protect fundamental freedoms for all and welcome businesses that stand up for their employees," Newsom said in a statement. "Extending this program will help ensure California's world-renowned entertainment industry continues to drive economic growth with good jobs and a diverse, inclusive workforce."

Studios have opted to take productions to Georgia for its lucrative tax credits.

Hollywood's stars have called on studios to pull productions out of Georgia based on politics before, including over Georgia's 2021 voting law and the initial passage of the 2019 "Heartbeat Bill."

FOX News and the Associated Press contributed to this report.