In Brookhaven, police say that with the help of drone technology, they were able to capture two suspects who they say were wanted for a violent armed robbery in Charlotte, North Carolina. Body camera footage from a Brookhaven police officer showed the moments that occurred where one of the suspects were taken down outside the CVS on Buford Highway and North Druid Hills on Tuesday.

BROOKHAVEN, Ga. - Police in Brookhaven are crediting new technology with helping to track down two men suspected of a violent armed robbery in North Carolina.

Alton Johnson, 27, and Shyquan Collins, 30, were booked into the DeKalb County Detention Center on various charges including obstruction. The two were in a vehicle connected to a crime in Charlotte, police said. Collins also was wanted on an outstanding warrant in New York.

The Brookhaven Police Department released this video showing their Drone First Responder unit helping to track and capture a man wanted in connection to a violent armed robbery in North Carolina on May 24, 2022.

Brookhaven police said officers caught up to the pair after a license plate reader spotted their vehicle in the area of N. Druid Hills Road and Buford Highway. Officers pulled them over in the parking lot of the CVS on the corner. Johnson was taken into custody, but officers noticed Collins was inside.

The Brookhaven Police Drone First Responder unit showed up on the scene and was able to track Collins out the back of the business and into the woods of a nearby townhome complex. The drone operator was able to direct the officers on the ground to Collins, eventually taking him into custody in the dry storm water basin. 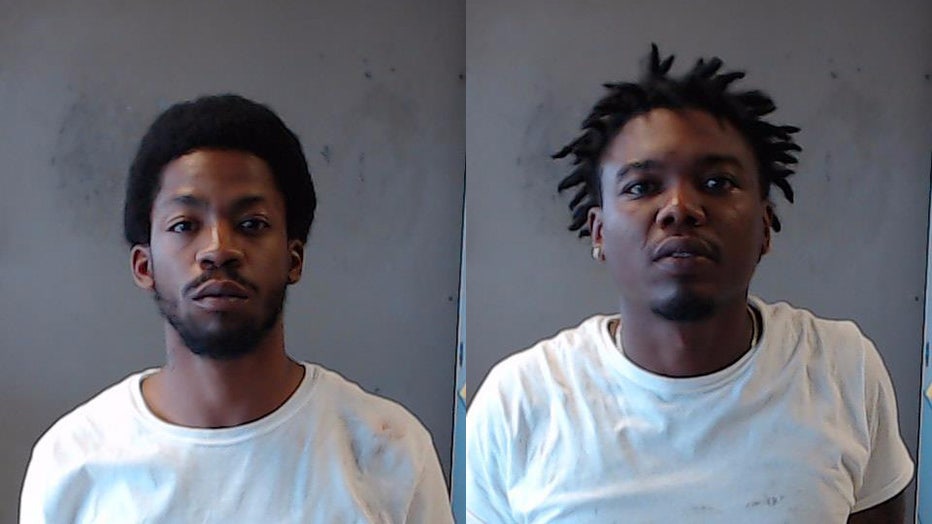 "This is yet another example of how we continue to implement state-of-the-art technology and training to advance our mission to make Brookhaven safe for our residents and visitors," Brookhaven Police Chief Gary Yandura said.

Video released by police shows both being arrested and the drone in operation.

Police said officers searched the car and found a stolen handgun. Investigators will have to determine if that was the gun used to shoot someone during the armed robbery in Charlotte.

The department launched its drone program in April 2021.