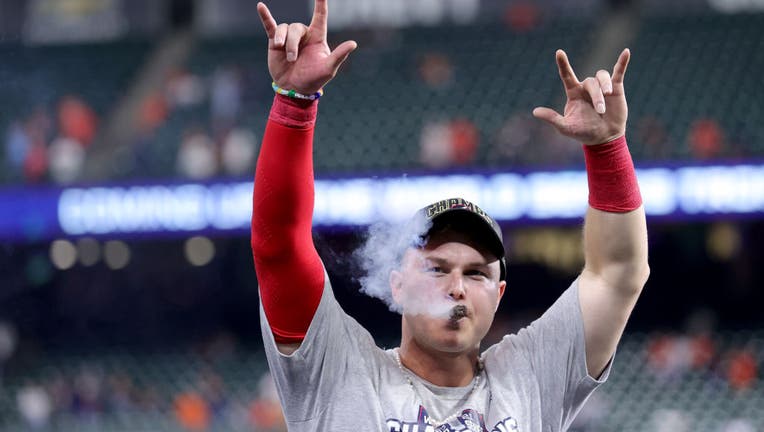 Joc Pederson celebrates after the 7-0 victory against the Houston Astros in Game Six to win the 2021 World Series at Minute Maid Park. (Photo by Carmen Mandato/Getty Images)

ATLANTA - Joc Pederson is reportedly one of the latest World Series champions leaving the Atlanta Braves.

Pederson, 29, had joined the Braves in July 2021 after being traded by the Cubs. He finished 2021 in style, becoming only the ninth player ever to win back-to-back World Series titles with different teams.

While he wasn't with the team for long, Pederson quickly became a key presence for both players and fans. His signature pearl necklace accessory became the thing to wear at Braves games that fall.

While the California native hasn't said anything about the reports, he posted a GIF of dominos falling in a row - possibly a reference to Freddie Freeman leaving the team as well.