A judge denied bond for the man accused of carrying several firearms into a grocery store in Atlantic Station on Wednesday afternoon.

ATLANTA - A judge denied bond Thursday for the man who police said walked into a grocery store in Atlantic Station with six loaded guns, body armor, and a ski mask on Wednesday afternoon.

"Due to the nature of the charges, he poses a danger to our community," the judge said. 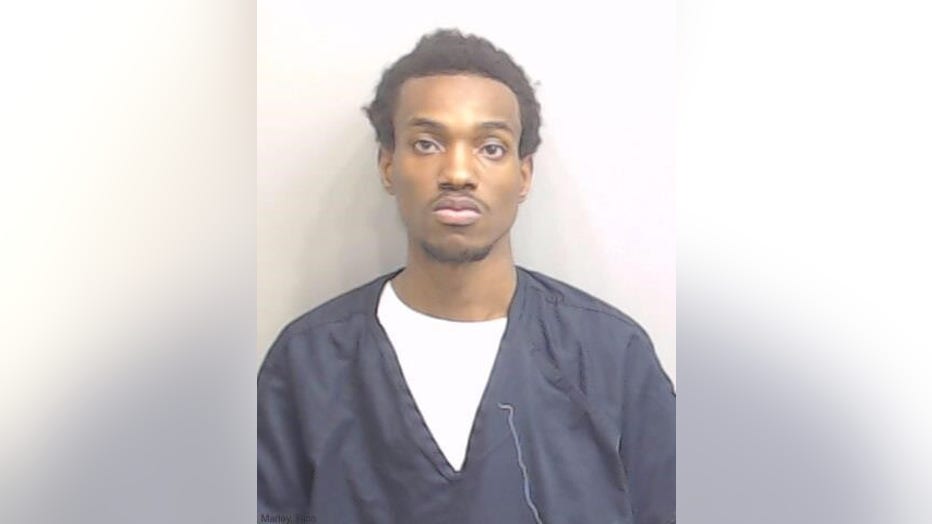 Just hours before, Atlanta police said the 22-year old calmly walked into the Publix grocery store located inside the interior shopping district of Atlantic Station with six loaded guns, front and back body armor, and a ski mask. 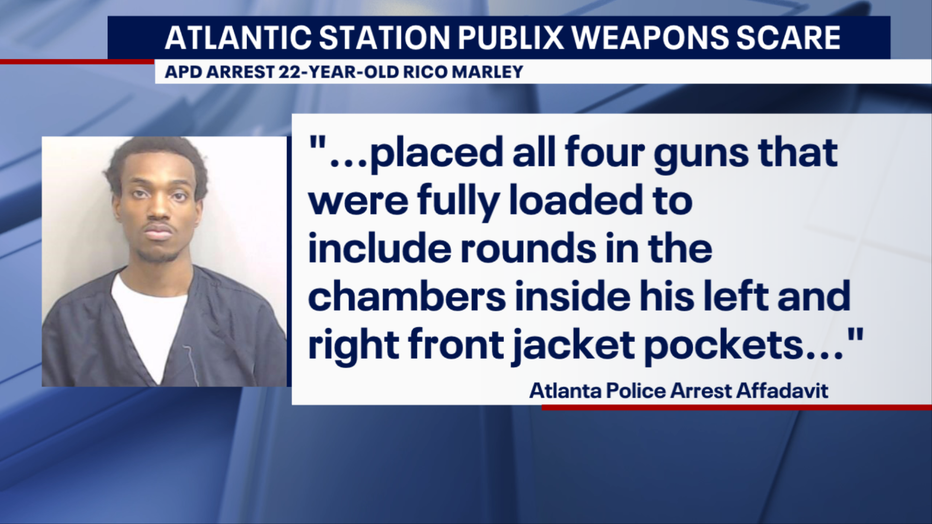 The arrest warrant indicated Marley had a long rifle, a 12-gauge shotgun in a gym bag, plus a revolver and three handguns. The arrest affidavit states Marley "placed all four guns that were fully loaded to include rounds in the chambers inside his left and right front jacket pockets…"

It was a customer who likely prevented a mass shooting and is now being called a hero. Charles Russell saw Marley loading up his gear in the men's bathroom and notified Publix's management. 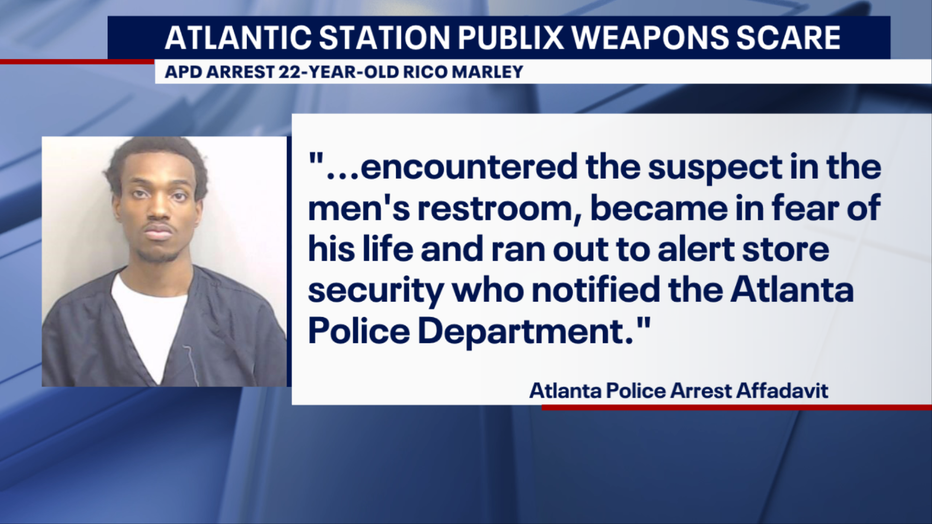 According to the arrest warrant, Mr. Russell "encountered the suspect in the men's restroom, became in fear of his life and ran out to alert store security who notified the Atlanta Police Department."

FOX 5 also learned on Thursday Marley was unemployed and lived in an apartment in northwest Atlanta.